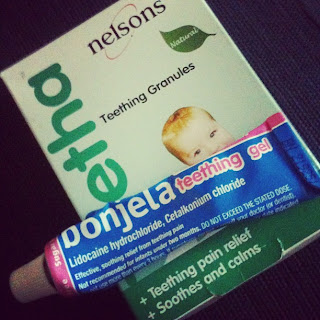 I think last month I spent it questioning why life was so quiet. BOY, I did a whole lot of jinxing when I was thinking that. Gone from wondering what to do with me to not have any time at all to do anything. Teething has made an impact, and I think it has something to do with Dylan’s sleep disturbances, that and the fact he’s full of cold. Both him and Oli are full of it, and all I seem to be doing is wiping noses constantly. If I’m not wiping bottoms, I’m wiping noses. Starting to think this parenting lark is all about the ‘wiping’.I’ve inherited this cold as well, but whenever I get past it I get a virus where my eyes swell up, and I get the most horrendous earache.

So when I’m not wiping I’m trying to pack up a house. Yes, we’re moving AGAIN! This is the last time for a very long time, we’ve found ourselves a perfect house with lots of room for the family we want to one day expand (thinking about that third baby). Last year we moved twice so to be doing again this year is a tad exhausting. I have spent the last few weeks excited, but now it has hit me that I’ll have to pack up this house and that our new house needs lots of work doing to it.I have all those issues to deal with like letting utilities know we’re moving, trying to get the post office to redirect my mail. Which I’ve been trying to do online with no successful, the thought of actually having to go into the post office at this time of the year fills me with dread. 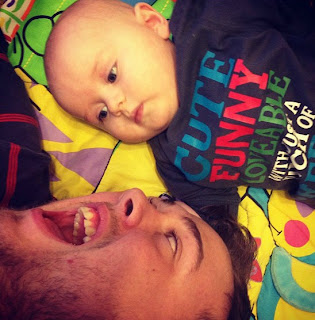 For some reason, I’m struggling with the thought of leaving the house where I gave birth to Dylan. (I’ve STILL not got round to writing a post on my homebirth) I keep looking at the spot where I sat and had him, and it fills me with so much warmth. The fact he’s going to be going into his room after spending his first several months with us in ours is a tear jerker alone! We’re currently co-sleeping, well the night doesn’t start off like that, but we certainly wake up with him in our bed. This was something I was going to stop when he moved into his room, but I don’t know if either of us is ready for that. 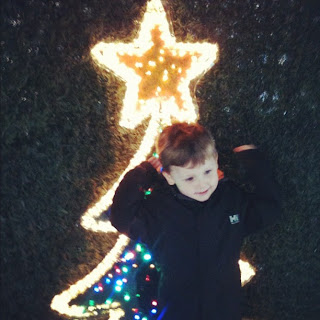 I’m spending the husband’s money quicker then it comes in, with needing new furniture and Christmas presents to buy I think the word JOB may be creeping up on me next year. I do have some ideas in the pipeline but then with that comes needing time and time seems not to be a luxury anymore. I’m trying to think practical for Christmas presents like Oli’s going to be moving on from his cot bed into a proper single bed, so I’m sneaking in the odd character themed bedding as presents. I’ve also discovered that I have some OCD where I don’t like paying full price for items, it seems that everything I buy has to be in a sale or offer of some kind.

I have a whole post I want to write about customer service or shall I say lack of. Starting with the appalling service I got from First Great Western a few weeks ago, where the train man (not too sure on the technical name for him) refused to help me get on the train with the pram, so then I struggled with trying to keep hold of a toddler whilst getting baby and bags onto the train. Thankfully some stranger helped me out, 2 seconds later and I was on the train. I’ve then had the Next courier leave a delivery right by my bins which have gone walkies, was already narked at it not arriving before 1 pm which was the box I ticked on the website meaning that I went and bought the tops so that I could use them for a photo shoot.Then the other day I received the most shocking customer service from Morrisons as well as having a customer bang his trolley into me which has left me not wanting to go near a supermarket by myself anytime shortly, especially not my local Morrisons. 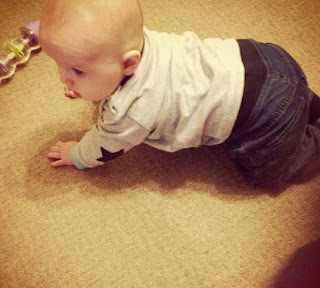 Dylan seems to have discovered crawling; we’re still waiting for him to sit longer then 20seconds by himself but crawling seems to be happening before everything else. Even before any teeth want to appear, we keep thinking one’s going to appear, but they just don’t seem to want to break through the surface. I was thinking last night as I was eeking about the thought of a crawling baby and a Christmas tree that if he’s anything like his brother, then he won’t be that fussed. The only problem with that is he seems to be the total opposite of his big brother, Dylan wants everything and anything! Who knew babies could throw tantrums? We get screams if we take anything off him which he shouldn’t be playing with, which is rather a lot when you think about some toddler toys we have.

So there’s my last month. There’s my randomness to last you until I next grab 10 minutes to babble (in this case it’s why I’m trying to rock a teething baby to sleep!) We move this week so I guess my presence around these parts may be quiet for the next couple of weeks whilst we do all that house moving business and seek out a broadband connection.