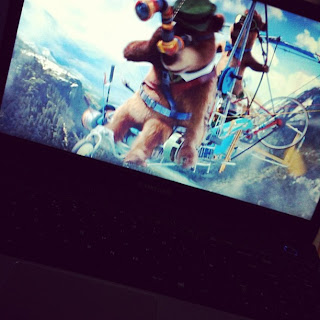 We got sent Yogi Bear from Warner Brothers a few months ago to review. For some reason we’ve only just got round to watching it this week, I’m rather horrified at myself for this. Yogi Bear was one of my favourite programs as a child, seriously who doesn’t like a talking bear as a child?

It was the perfect film for us to watch after we had come back from swimming and was too tired to do anything else. We snuggled together just me & Oli while I put Yogi Bear onto the laptop and started to introduce him to another of my childhood favourites. 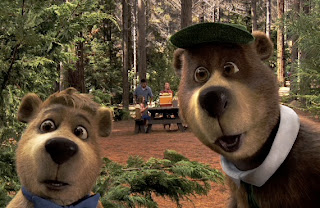 It’s been a firm favourite since we’ve watched it, you know when your kids watch something once, enjoy it and then want to watch it over and over again? Yeah we’ve currently got that going on with Oli & Yogi Bear, it’s on right now over on the TV in front of for the 4th time this week.

Looking around the reviews are a right mixed bag, the ones that are half hearted about it seem to be coming from those that don’t have children and don’t want to embrace the fact programs like Yogi Bear have been bought to the big screen to give our kids a new love of our old loves.
For me it was everything I wanted in a 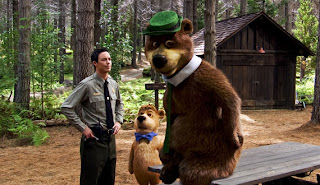 family film, it had 3D animation and voices such as Dan Ackroyd (Yogi Bear) and Justin Timberlake (Boo Boo) and even a familiar actress to grown-ups in the form of Anna Faris (Filmmaker Rachel). The storyline was an easy to follow with the ‘good guys’ trying to stop the ‘bad guys’ from closing the park. Both I and Oli found chuckles all over the film from laughing at Yogi’s mishaps to me cooing over the Ranger Smith and Filmmaker Rachel’s romantic storyline.

If your looking for a film to end the summer holidays with then why not make it Yogi Bear, it’s currently available over on Amazon with the DVD version currently being just £3!