Disclaimer: this post contains talk of poo & other bodily fluids which you would expect from your typical mummy blogger.

Just when you think you’re getting somewhere, 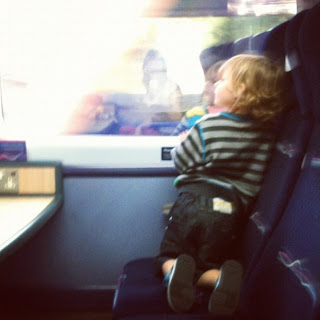 something happens which makes you scratch your head and wonder what’s going on. Now I’ve not blogged much recently about our potty training experience though I do blame the fact a baby popped along to distract us slightly. Everything has been going rather well. We did have a period where we got rather lazy, but then we were so busy getting ready for Dylan’s arrival that carrying on with just having the potty downstairs and mostly being in nappies with odd days in pants was what we did. I do feel a little naughty about this, but it was what worked for us a family.

We’ve done great work since and have moved on the toilet where most of the business seems to be going on; he knows just to go when he needs one. We do still tend to ask him lots of he needs a wee just to remind it as he does tend to get rather distracted at times and forgets that he’s wearing pants. Poos seem to be going much better, his use to wait for night times and then do that business or wake up in the morning having done one in his nappy. He was still hiding too though we’ve cottoned on to this and try and quickly get to him before he does anything to encourage him to use the toilet. I have found having his potty lid on the toilet to make a difference; he can sit on the toilet without trying to balance himself on the toilet. The man was adamant that he fitted ok on the normal toilet but of course, mummy knows best. The downstairs potty has now been put away ready for the days when we start to potty train, Dylan. 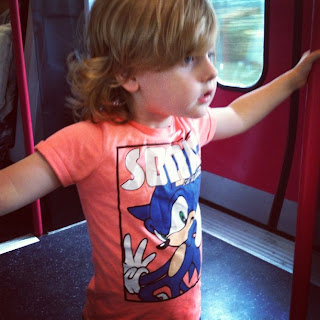 Even trips out in pants had been a success, only the other day we were walking to the pet shop when Oli announced he needed a wee. The man suggested turning back to go home, but we were right near McDonald’s, was rather pleased that he held it until we got there. I was wondering if they were going to point out that their toilets are for customers only in which I would have replied that we give them enough custom, especially when pregnant and craving quarter pounders.

We also potentially could have had an accident thanks to an accident on our wedding day. My brother in law dressed Oli and didn’t quite think that a nappy would have been best to of put Oli in; I didn’t realise this until the meal afterwards where Oli asked me for a wee. We went to the toilet where I discovered he was wearing pants, he went for a wee, and I couldn’t wait to announce to the rest of the wedding party when I got back to the table that Oli had spent the day dry.

Not long ago something weird happened where Oli bought an old potty which is still in the bathroom, downstairs to use. Feeding Dylan, I couldn’t move, and I didn’t want to question what he was doing. He sat it down in the middle of the living room floor and went for a wee and poo. I’m wondering if he wanted to make a spectacle of it because I rewarded him after this morning poo with a cake and two stickers. Though he didn’t ask for either of those things, we took the potty upstairs emptied it where he did the usual stuff and washed his hands. I’m just grateful that he did it somewhere other than his pants or a nappy. It’s just that I thought we had finally said goodbye to the potty; maybe I should keep that spare one in the bathroom in case he feels the need to do that again though I don’t want to discourage use of the toilet.

This potty training business is a brain tickler.