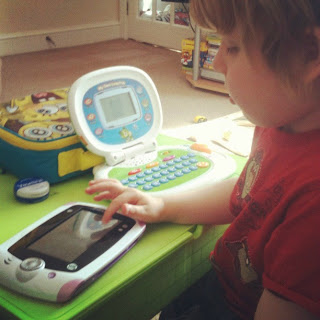 Ok, so they know how to show the kids a good time too but of course, they would – they produce some of the coolest toys around. When it comes to introducing kids to the technology they seem to be ahead of the game, they’ve given us the Leaptop, Leapster Explorer and the LeapPad Explorer. All 3 of which my toddler owns seeing as they make great Birthday/Christmas presents. Helps to keep him off our phones if he has his own gadgets. For me, I think this kind of toys can be used so well for educational purposes at the same time as being fun. 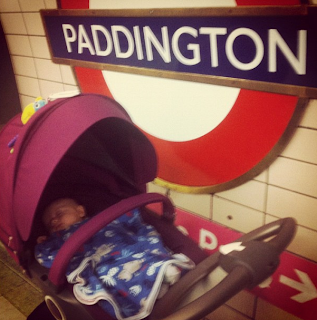 We were invited to go along with some other parents *waves at Emma V, Emma B (yes 3 Emma’s, including me!) Leanne, Kim & Gaby* to a LeapFrog event at the Museum of Childhood in London. This was both Dylan’s first blogging event and a trip to London, it was also our first time attempting to take two children this far without the comfort of the car. Of course, I wimped out and made sure the man came with us so that I had an extra pair of hands. And what great hands they were, he helped to look after Dylan while Oli & I had lots of fun which is currently a secret but we can say we had LOTS of fun with these secrets and we look forward to unveiling our fun in September. 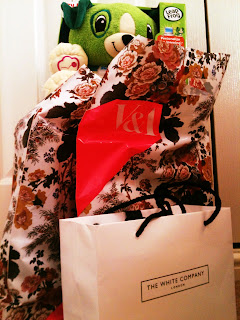 They laid on a lovely snack table for us when we arrived, of course, we were desperate for cold drinks after the whole pram/toddler tube experience. Typically of my child, he went straight for the double chocolate cookies which were the size of his face. Rather embarrassing when all the other children had gone for the fruit. Cheers for that Oli darling. Lunch was fantastic and this is something which is great when it comes to mummy blogger events, after running around after children and trying to keep your cool when it comes to getting to and from events with little ones it’s nice to have to worry about forking out on buying your own lunch or trying to find somewhere to have it. I really couldn’t get enough of those chocolate brownie slicesduck wraps. 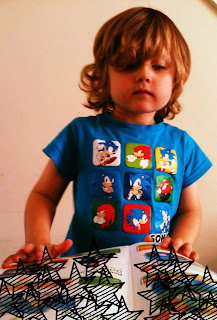 We were sent home with some goodie bags and what really made me smile is that even though it was Oli who was invited to the event, they had treated Dylan to a few goodies. They’re top secret at the moment but I can show you the My Pal Scout which Dylan is already enjoying, I must take advantage of the personalisation option which allows me to add his name to it and change the music. They even gave us mummy’s a treat from The White Company.

Oli’s already started to pick out what he thinks him and Dylan should be getting for Christmas; the LeapFrog catalogue has become his new favourite read!