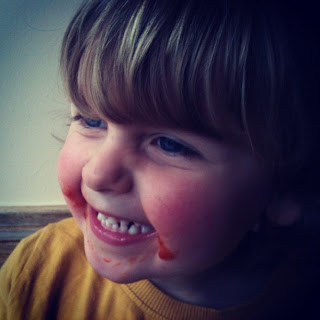 Cass over at Frugal Family doesn’t know how much she made me smile by posting about her son’s fussy eating. Our toddler seems to have his ups & downs when it comes to eating, and I suppose I could class this as fussy eating. A year ago he was at his worse and just didn’t really seem to want to eat anything other than chips. Chips with tomato ketchup. I remember half the time giving in because the tears and all the upset was stressful for all of us. Putting any new foods in front of him was refused, he wouldn’t even give anything a try. I tried all sorts of things; I didn’t force feed or scream blue murder at him.

It’s strange because when he was a baby being weaned, he took to all sorts of flavours be it jar food or homemade food. I remember when he gradually moved on to more solid food, he started to eat more less the same food as us. He would have things like enchiladas for lunch and curry for his tea. He adored spicy food, and I guess this has stuck around as one of the foods he will eat these days are Spag Bols and Chilli with chilli’s being his favourite dish. You would think this means he likes beef but put anything like a burger in front of him and you’re greeted with a point blank no.

Sometimes it seems to be a hit & miss too like he will reach for garlic bread to go with his chilli and sometimes eat it. Other times when offered it reacts as we’ve just offered him an early bedtime or a day without toys. I was surprised the other day when treating him to a Greggs from town, he didn’t want the pizza he usually has but when for his dad’s ham and cheese bake. It’s like there’s a little switch on him which when turned on will try new and different foods, but when switched off, it’s programmed only to want chips. 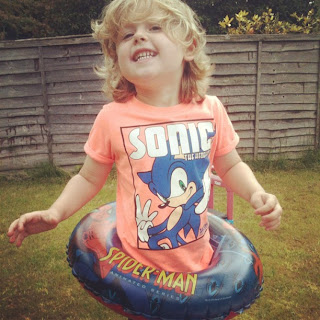 What made me smile about Cass’s approach is that she waited it out, Master Frugal came into his own and went after these new foods himself. I guess that’s what Oli is started to slowly do with surprising me with trying new things. I know when it comes to children and just waiting it out can work. The day before Oli turned 2; he wanted a bottle of milk every night which meant me waking up to chuck him in a bottle. People thought I was crazy for accepting to do this but I knew this was what he wanted and needed and I knew that he would gradually stop. And he did, the very day before his 2nd Birthday he just slept through and then continued to do so every night since. He’s even turned into a fantastic sleeper who will sleep from 7/8pm until 8/9am.

Cass’s approach has made me feel confident about knowing that I’m doing the right thing at the moment by just finding food he will eat and not stressing over it. Mealtimes should be enjoyed not turned into a challenge.