Today we said goodbye to Rex; Rex was our Giant African Land Snail which I got back in March 2009 from Freecycle. I remember seeing an ad one day from someone in the town next door saying that they were giving away a Giant African Snail and a tank. I was eight months pregnant at the time and had no pets, I looked up snails online and saw that they were so simple to look after so I agreed to take it off her hands.

That was over three years ago, and I guess that’s why I’m a little sad, it may only be a snail, but it’s grown with Oli. Just last year he got too big for his original tank, so I treated him to a new one. He from being the size of a penny to the size of my hand. It’s rather sad that he’s popped it now as they can grow to the size of your arm, that would have been fantastic too of seen.

Now I’m stuck with a snail corpse & not quite knowing what to with it. We’ve got no soil in the garden where we can bury him, and we’re moving again soon so no point in really doing that. I guess we need to bin him, but I just can’t bring myself to do that. We’ve already decided what we’re going to do with the tank, Oli’s going to pick a fish to put in it. Thankfully he doesn’t understand death at the moment and probably won’t even notice Rex missing, so I don’t have that as an issue to deal with. His biggest issue is trying to decide a name for his new fish. 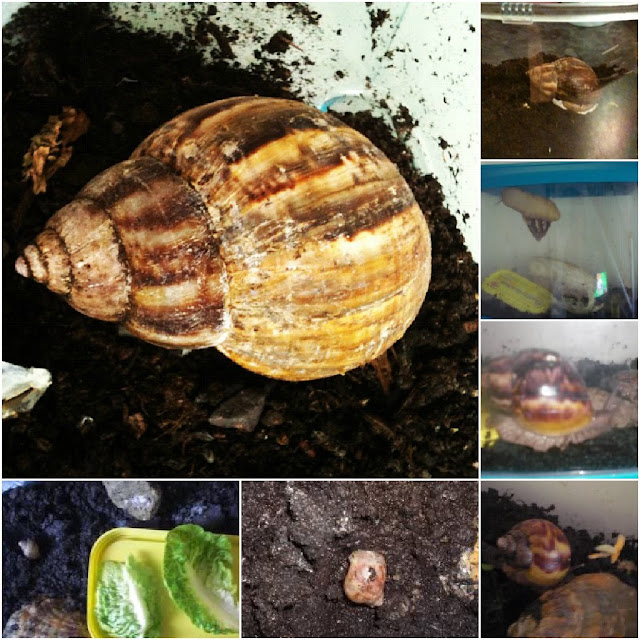