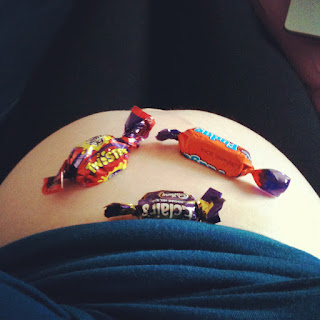 So it looks like I’m having a May baby and not an April baby, see I’m kinda glad of this because what with both the mans and toddlers birthdays in April this means birthday celebrations can be spread out. I take down all the banners and birthday related goods and can put them away for a month, before getting them all back out again. Though the balloons we blew up for Oli’s birthday seem to be still floating around, mainly down the back of the sofa, but maybe these can also be reused each year. Poor baby number 2, he really will be getting all of his brother’s hand me downs.

So I’m overdue now, just like I was a few years ago with Oli. He was due on the 3oth March but decided to not put in an appearance until the 11th April. I am a believer in the fact baby will come when he’s ready, though this was easy to believe when overdue with Oli. I think I spent pretty much every evening at the cinema until he finally made his appearance. This time around is different; I’m spending my evenings being half patient but the other half letting the frustration show. I’m not quite sure if I’ve taken to comfort eating or if I am just hungry 24/7. Seriously, I have snack bars by the bed for midnight munchies. 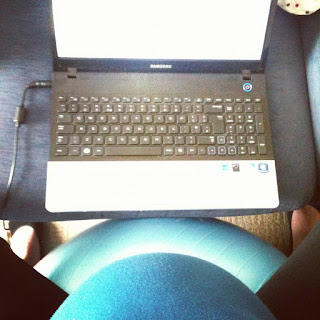 I wouldn’t say I’m bored, I’ve kept on top of all the housework though I swear the man has been sneaking down in the middle of the night to do it to make sure I don’t do too much in the day when he’s not around. He’s had his orders though not to touch two parts of the house where I’ve especially reserved myself some cleaning and things to do when the contractions start, and I need to occupy my mind. Seeing as I’m having a homebirth, I won’t have that drive to the hospital and what to think about so that’s my alternative to that. It’s only just hit me now that I’m having a homebirth. Am I really going to give birth at home? Going to get my box out and have a nose, will try and blog about it to give you some idea about what you get in a homebirth box.