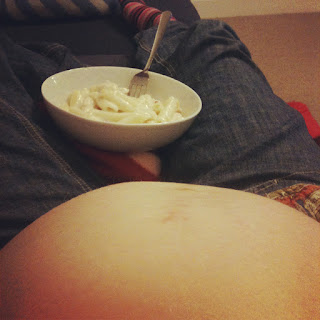 So just had the midwife around for my 39-week appointment, I was kinda hoping by now that the only midwife appointments I would be having would be the ones you have once the baby has popped out. Sadly not the case for me, though what she said has made me realise why the baby has not put in an appearance yet and why he might not be seen just yet.

I kinda already knew what she said after various googling of mine, that a crazy backache I’ve been experiencing and the crazy amount of pressure means baby is back to back. So this apparently will make the first stages of labour slow, and I’ve been given lots of positions and movements to help. I’m currently taking on the sitting up straight position on the sofa; this will be my position until this evening where I’ll be making friends with my birthing ball.

When you look into why the baby has turned into this posterior, it does make sense. Apparently, us western women are much more likely to have posterior babies than those in the developing world, who work manually in the fields or who squat to cook/eat. Because I tend to a rather lot of ‘relaxing’ and work at a computer, this tips my pelvis backwards encouraging the heaviest part of the baby, the back of his head and his spine to swing round to the back and in this position he’s ended up lying against my spine. 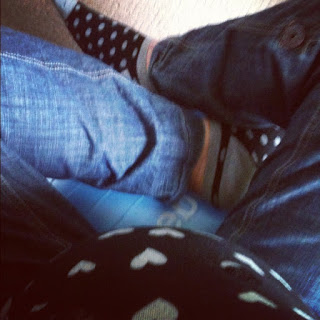 Last night the pressure in my bottom really was driving me crazy, I was getting rather worked up over it and made a phone call to the maternity unit at the hospital where I had a midwife gave me one of those motherly talks, a warm bath which I already had an attempt to ease it, told to take some paracetamol and go and have an early night. It was stuff that I already knew but being told it by someone with a gentle voice helped in a way.

So I’m spending my evening on the ball and maybe even scrubbing the kitchen floor. Though that second part may have been taking it too far.