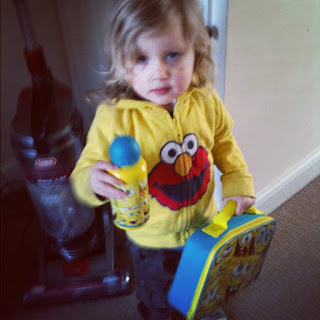 It finally happened! I let go of my baby boy, though he’s not exactly a baby anymore really. Will I accept it one-day won’t I? I guess the last few days I’ve just got so used to having him around and being at home with him that playschool hasn’t been a though. We did think about nursery last year, but then we managed to juggle the man’s job around mine so that one of us was always able to look after him, I guess at the same time this cut out the costs that nursery fees would have added. Now we’ve moved, got settled and have another one on the way I guess it was only right that we put Oli into an environment where he was surrounded by other children and where I got some ‘me’ time.

Had no issues at all with dropping him off just like the day we went to look around, he didn’t want to leave that day and cried all the way home. That’s how we knew he was ready and that it was the right place for him. He was so eager to get in that he was bouncing all over the place outside, saying Hello to every child that approached the door. Once in, he was gone! Had to call him back to show him where to hang up his coat and where to put his lunchbox, which of course just had to be SpongeBob SquarePants for our little SpongeBob fan. We had to ask for cuddles and kisses to say goodbye, and when we walked towards the door all we could hear was ‘Bye, bye, byeeeee’ the boy couldn’t wait to get rid of us. I guess for this reason I didn’t cry, he was happy, so I was happy. 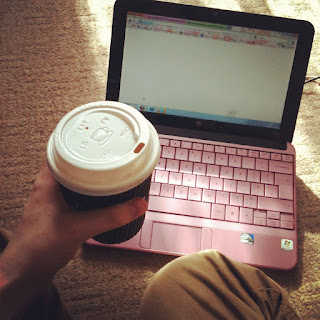 I didn’t quite know what to do with myself in that me time. For one of the days that Oli’s at preschool, the man has the day off work, so it’s spent having some quality time with him. But I do wonder if it will become a weekly thing having a fry up in a cafe because I can live with that. I came home (yes with coffee, but it’s a caramel latte, so it’s allowed) thinking I could spend some guilt-free time on the laptop, but I couldn’t do anything but stare at a blank screen wondering what quite to do with myself. I have been warned that this feeling doesn’t last and that I will wonder how I didn’t manage with this ‘me’ time much sooner.

Come pick up time; I was the one who was eager to get through the doors to him. I had the man give me a leg up so I could spy through a window. All the kids were sat at the side, and I could see Oli sat with his little rucksack on his back and lunchbox on hand, this made me emotional. When we walked in, he ran up to us screaming ‘DADDDDYYYY’ nice to know I’m the first one to come to mind. He was very sweet at saying thank you to the teachers and saying goodbye. Apparently, he was very well behaved, and there were no problems at all. It’s still sinking in I guess, after nearly three years of being his friend and practically with him 24/7 it’s strange to think how things have changed. Oh this motherhood journey, with its twists and turns and new experiences. It’s one hell of an experience. Apparently, he starts school next year, seriously when did he grow up?