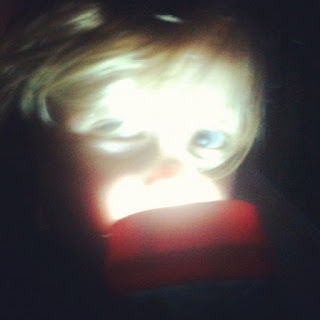 Last night I had the worst night’s sleep I’ve had in a long time, and it wasn’t just down to the pregnancy. Woke up in the early hours and saw a light creeping under the door, I thought it was the toddlers light, but it turned out to be the bathroom light, a light which the toddler can’t reach. The man said he must have left it on, but I remember quite clearly him turning it off the same time as the downstairs light, and that I would have seen the light shining under the door then as I face that way in bed. This shook me up way more than it probably should of, probably a reasonable explanation like the man probably did leave it on and that I was just blind in not seeing the light sooner.

Seriously, earlier on in the night before I went to bed and before the man was home from work I heard noises outside. I was glued to the sofa in fear; I swore someone was trying to break into either the car or the garage. I had half drafted a message to the man explaining that I was freaking out when I manned up to take a peek through the curtains. It turned out the neighbours were getting a Tesco delivery, and it was the sound of his boxes and all his rustling that was making my heart go like crazy. 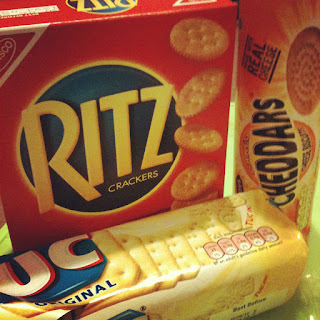 The poor man kept asking me if I was ok as I was so freaked out by it, he had work early this morning but stayed awake to see if I was ok. He was concerned as well because obviously, my panicking state was having an effect on the baby, I could feel him going erratic in my tummy and his heartbeat going much faster. I didn’t sleep well at all last night, I had me and my maternity pillow squashed up to the man who made me really hot, but I felt safe when close to him. When I did sleep, I would wake with nightmares which continued right up until this morning when I woke up.

Am I just going loopy or was it that little bit of cheese I had before bed?