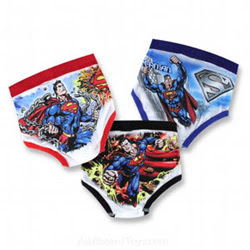 So still continuing our potty training journey, which has been going well. Whenever we’re at home and he needs the potty he’ll go on it. Though this is through him spending most days, half naked and heating cranked up. We decided to take it to the next step of introducing him to big boy pants. He’s been using the pull-up pant nappies which aren’t the small packs which are suggested for potty training but just ones without tabs (any other parent who buys nappies on a regular basis knows what I’m babbling on about!) for over a year now. They were needed when he just stays still for the tabs to be put on and plus we found these much easier when out and about.

It was a couple of days ago that we tried him on some pants, he was really against putting them on. We did everything we could to explain to him that these were ok; told him that we wear underwear and that his cousin wears it too. They were even Peppa Pig pants! We got them on him, but he wasn’t pleased with it. I feared this wouldn’t help with the potty training, and whenever I suggested having a wee, he would take the pants off altogether and not sit on the potty with them around his ankles. We then have a fight putting them back on him again.

Is this just another obstacle like the pooping on the potty? Which is going ok, it’s been happening though I think he would still rather do it in his nappy. Am trying to take this to the next stage of getting him to do this on the toilet instead of on the potty. Though I much rather he goes in the potty then anywhere else, I doubt my delicate tummy could handle cleaning poop off the carpet. Bet you wish you didn’t read this paragraph now.

Any tips on what I can do to help him come to terms with pants?