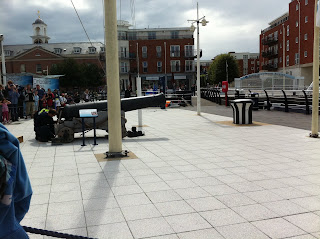 We went to the docks to see some boats, oh which just happened to be by some shops. We watched a cannon being set off which was VERY loud; I sacrificed my hands to put over Oli’s ears to protect him. He thought it was quite funny which bodes well for firework night; we might be able to take him to a display this year.

Come evening we had friends come to stay for the night, we ate lots of chicken and pizza and watched a film. Was a rather enjoyable Saturday evening. 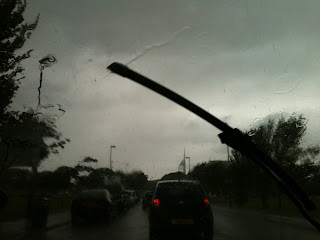 Woke up to unpredictable weather as we realised when we wondered up to the coast to take a possible trip over to the Isle Of Wight. It was pouring it down, and we didn’t even get out of the car, something about being rather warm and dry which makes you want to stay that way. We used the genius AA Days Out Guide (which is a free download for your iPhone!) to help find something alternative to do. 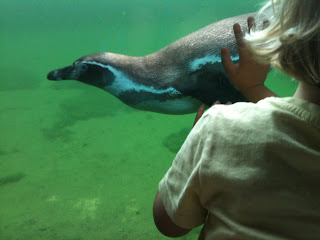 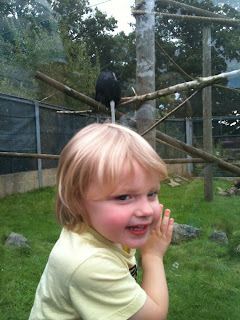 We found a local wildlife place which was just down the road near Southampton so wondered over that way, which happened to be much sunnier and rain clouds were nowhere to be seen. Again we didn’t need the pram which I enjoyed as it meant just the three of us walking around and letting Oli take some control over what he wanted to do. Of course, this meant spending a lot of time gawping at penguins and copying what the monkeys do. We did have lots of fun and only had one toddler tantrum. I’m still reeling a little though from how much it cost and beating myself up over not planning it in advance and tracking down a voucher. Thankfully under 3’s were free so am considering that a bonus. 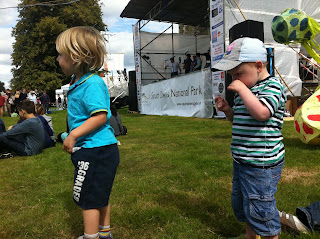 We went and visited some friends and attended a local carnival in their town with them. We had so much fun from watching the possession to the events afterwards. The boys enjoyed dancing to the music and watching their daddies make fools of themselves trying to throw darts and then trying to throw balls to break eggs.
So we had a rather enjoyable bank holiday weekend, hope yours was just as fun?