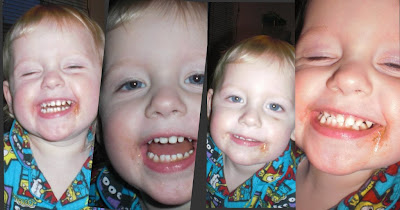 Do you ever just sit and think about how the world must look through their eyes? What must the world seem like to them? I sat and watched Oli this morning as he played and interacted with not only his toys but the world around him. They may only be small things to us but they can be huge to them, I watched as he learnt that the door handle moved and that moving it down and pushing the door meant that it closed and that pushing it down again meant he could open it. He looked so pleased with himself with mastering this and I was pleased that he was learning the way things work. 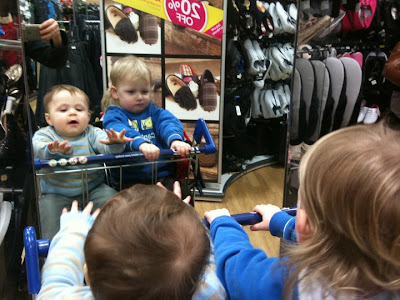 This morning he said his first proper word of ‘monkey’ after a friend called it him, he didn’t take it from me even though I’ve trying to encourage him to say lots of words but simply from a friend who said it once to him. It does show me that he is listening to what we say and that he is taking it in, I know it won’t be long before he’s surprising us with more words and then forming sentences with those words. 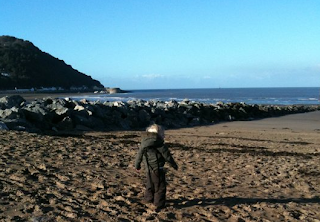 The outside world excites him; he’s constantly bringing me over his shoes or coat and grabbing my hand to lead me towards the door. His way of telling me that he wants to go out and explore the big wide world, running around the park brings him great joy and I’ve noticed that as much as he likes to play on the park equipment himself he also likes to watch others play, he takes in what they’re doing and is learning for himself how others have fun.

Oli is a big fan of the beach which I’m guessing he gets off me; nothing brings me more joy than taking my shoes and socks off and placing my feet in the sand and looking out at the sea. He does the same but he likes to paddle in the sea too but doesn’t understand why I won’t let him do it in this weather. He sees water as fun but it learning that it comes in many forms like at bath time and when Mummy goes to wash up. 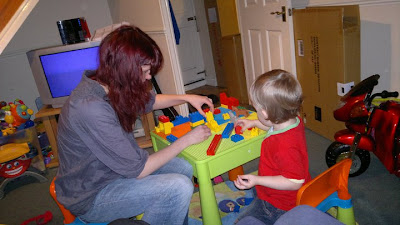 He’s noticing so much more about who I and how to interact with me, he’s starting to realise that mummy has feelings and that when he kisses me and hugs me, it makes me smile and react positively and show how much that small gesture of love means to me. I like trying to see what he sees and how he sees it, totally makes my day seem a lot more exciting.