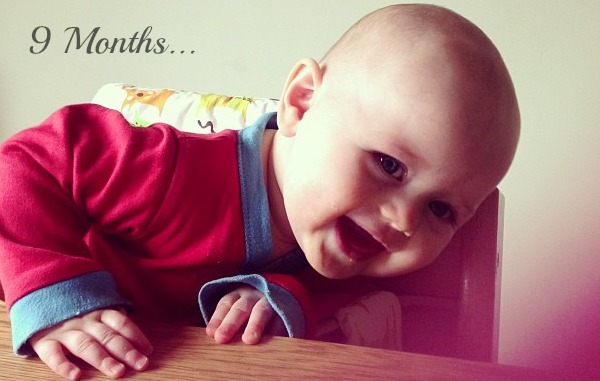 Which is what I always think when we hit the 9 month stage. They may of only been in the world for 9 months but they’ve been in our lives for the last 18 months, that’s when our journey started though some would say it started the moment we start to try to conceive. Our conception journey took 4 months, so all together we’ve experienced 22 months of our journey with baby number 2. The stage we’re at now, 9 months is by far my favourite stage. Conception was exciting, though those 223 few negative tests were disheartening. Pregnancy was horrendous, enough said. The first several months was full of ups & downs as we adjusted to life with a baby again, though I will note it got easier as each month passed and as he got older. 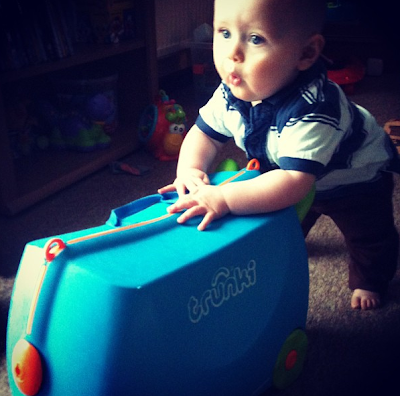 Now is where the fun is truly beginning, he’s sitting up, crawling and even trying to stand. He’s pushing himself around with his walker and learning how to put one step in front of another. Dada was the first word he mastered, then along came Mama and now we’re hearing the ‘B’ sound and some more babbling is starting to appear. 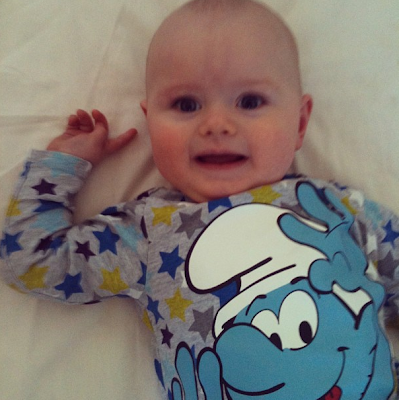 He has such a greater understanding of how the world works and with this brings a life routine, he’s learning that we have set feed times in the form of breakfast, lunch & dinner. He knows that when his sleeping bag goes on at night then we’re about to have a feed in our nursing chair and that it’s bedtime. He knows that toys are fun to play with and such imagination games like peek-a-boo and puppet shows are the most hilarious things to him. Everything now is all about learning, learning how to walk and communicate. 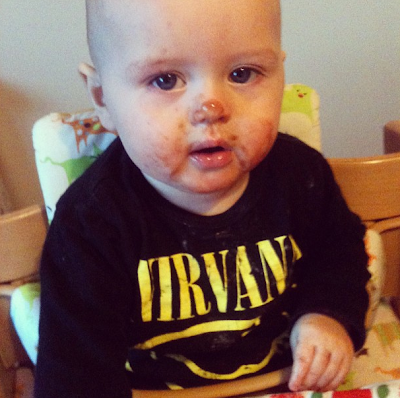 Food has become such a enjoyment for him, he loves the taste of garlic bread and recognises when we have it and he sure lets us know that he wants some. We actually had a baby tantrum the other day because we had ran out of garlic bread. The sibling relationship he has going on with his older brother is a whole blog post in itself along with our continuing breastfeeding journey. We’re all enjoying this stage so much, we cant wait to see what the next few months have in store for us. 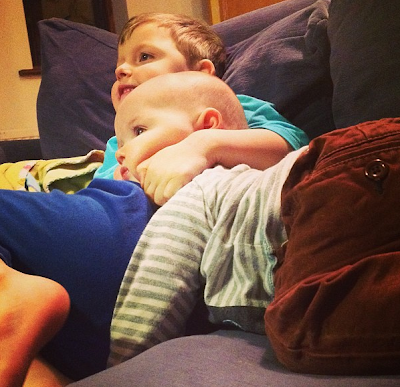