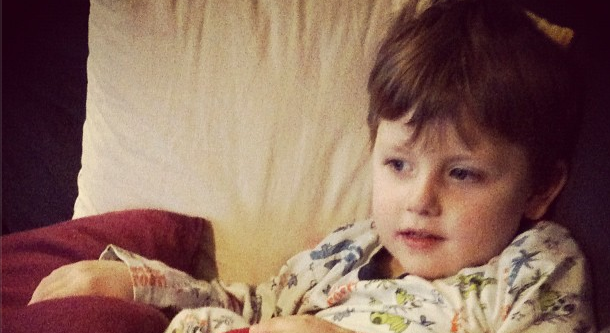 And it’s driving us CRAAAAZZZZYYYY! The toddler seems to have developed a habit of grinding his teeth at any occasion, mainly if he’s excited. I dislike the fact that trying to find out information about it on the internet that it’s telling me my child is doing it because he’s stressed. Let me make one fact clear; my three-year-old is far from stressed. His biggest worry this morning was who to kiss first this morning, mummy or daddy. I know I can’t say for sure, but I don’t think the house move stressed him, he’s got a bigger room with more toys in it and just generally so much more space to run around like crazy. He’s always smiling and laughing so he cannot possibly be stressed, can he?

It had happened before and temporarily stopped, but now it’s back and shows no signs of vanishing anytime soon. It got so bad the other night when the toddler and the man were playing that the man had to stop, I could see his discomfort at each grind of the teeth. I was the other end of the room, and I was shivering, and for some reason it made my teeth stand on edge.

We’re not too sure what to do about it, I don’t think he realised what he’s doing, and we’ve tried to explain to him now to do it, but I guess it’s something that can’t be helped. I’m booking a dentist appointment so I can chat to him about it but then is it a teeth problem? He doesn’t do it while he’s sleeping so I am hoping that it’s just another one of those phrases that kids go through. Have you had a teeth grinder?