Or shall I say hectic? House moves never are straightforward, are they? This one came with a need for a whole load of new furniture which means on top of boxes everywhere I also have flat-packed boxes everywhere. Don’t be fooled by that photo of the man ‘attempting’ to put that chair together, he gave up after that and then it was down to me to finish off our dining set.

I’ve had every kind of man coming into my house, and I fear my neighbours may start to get suspicious, but hopefully they’ve seen plastered across the vans ‘aerial’, ‘carpets’, ‘electrician’, ‘plumber’.. You name it; I’ve had them. Outgoings are more then incomings; stress levels are rising. I’m actually looking forward to Christmas Day just so that we can take that day and chill are not worry about anything at all. Of course, the man doesn’t get off that easily; he’ll be cooking the dinner while the boys and I play with the new toys. Who does the cooking in your house? I might be kind; I may prepare the veg on Christmas Eve as well as treat him to a takeaway.

The children have caught on that something is different. Oli has really been acting out, typical that along comes a new brother and he doesn’t bat an eyelid but move house, and he turns into a toddler on teenage hormones. Hoping this is more exciting than a new stage.. she hopes. 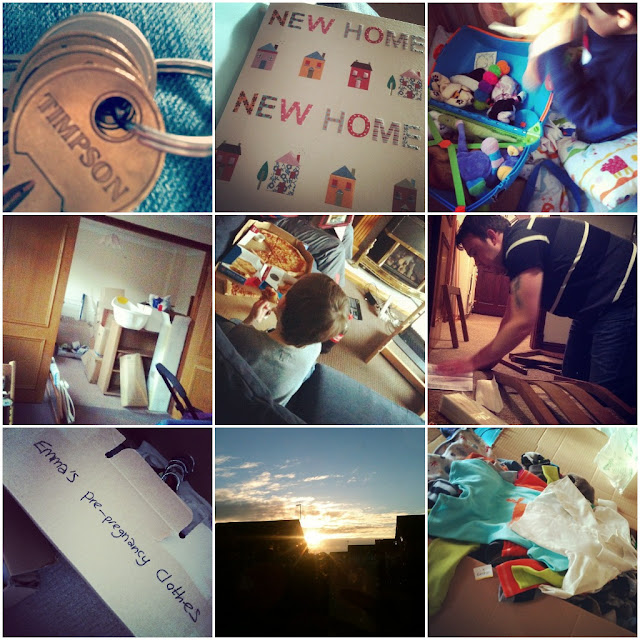 Of course it’s come at the same time as Christmas, which means we’ve only just this week started to get the decorations up as well as the tree (when do you put your decorations up?) I felt a little guilty as Oli’s been so excited about the Christmas Tree and has been going on about it since November. When we finally got it up, I let him lead the way with decorations, but I think I’ll put that and some photos into a separate post.

We took the boys to see Father Christmas last weekend, for Dylan, it was his first time but for Oli his fourth time. Times two and three, we got as far as glimpsing Father Christmas before running in the opposite direction crying. Thankfully this year is older and wiser; he was more than happy to tell Father Christmas what he wanted for Christmas and accept a gift off him. Yeah, cheers FC for that noisy motorbike which has no off button.

We’ve kept Dylan in our room for the time being while we settle in and while I wait for his Stokke Sleepi to be built. This means his room is the Christmas present room so is out of bounds to everyone in the house but me. Oli will have a field day if he sees what is beyond that door so I really must find time to do some wrapping. Yeah time, the one thing I wish I had more of in the day. I feel like I’m always constantly trying to do something and if I’m not doing something, I should be doing something and then start fretting over that something I should be doing. It seems to be a never-ending circle.

Oh well, there’s that time just after you settle the boys and put them to bed where the house falls quiet and you get that luxury of chucking yourself onto the sofa with a glass of wine in hand and whatever baked good is left over by the children. Of course, that’s until the toddler is screaming that he needs a poopy and the baby monitor is blaring out baby cries. 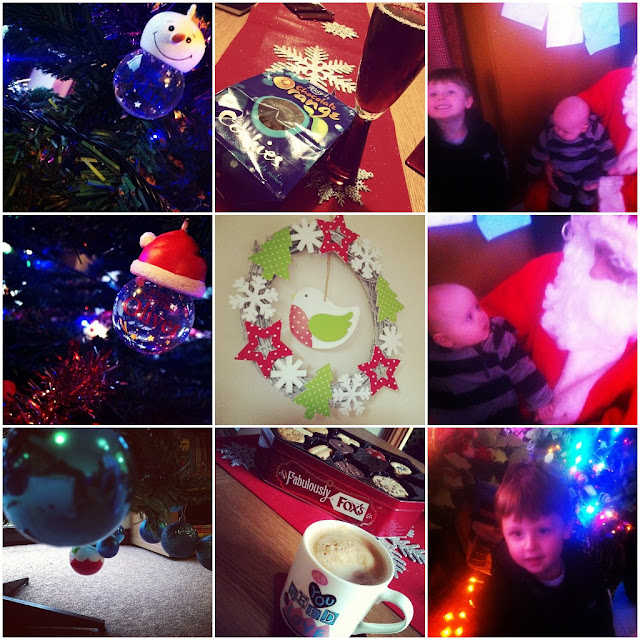