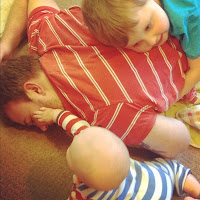 We want three children, simple as that. We would like three children in our family, to complete our little family. Though I doubt I can get away with calling it ‘little’ for much longer as the boys start to grow. The man and I have both said that we want three children, so that’s great that we’re both on the same wavelength. But the next question after that is when? When do we add a third child to the household?

I guess I would NEED to be completely over that mental trauma of my last pregnancy to be able to go through pregnancy again. But then why go to that effort if my pregnancy is again like the last one? What if from day one my sickness is horrendous and I’m spending more time in the hospital then with my children, the husband losing money or worse, his job from having to juggle the children, the house and me. The sickness was finally subsiding to be greeted with hormones of the worst kind. How will I be able to do a pregnancy like that again with two children? 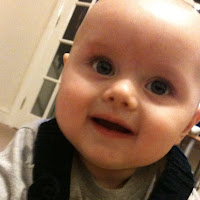 At the moment I’m enjoying Dylan and giving him my full attention (as well as his big brother of course!), and I can’t imagine sharing all these first moments with the prospect of another baby on the way if that makes sense? I want to enjoy Dylan’s first couple of years without any other distractions. I guess I like the thought of having only one baby at a time. Someone told me the jump from 2-3 is harder, is it harder to divide your time amongst three than two? I know God only gave us two arms, but I’m pretty sure I’ve mastered the art of using the toddler as an extra set of arms at times of need.

I do blame Dylan in a way for me thinking so often lately about this future third child of ours, he makes me incredibly broody and apart from the odd teething tantrum he is a well-behaved baby. He and Oli together have the most amazing sibling relationship, and every day I wake up so full of joy because of these amazing children. I even have crazy days where I want more than 3 of these joys, the husband doesn’t have those crazy days, but then I do believe we should never say never. 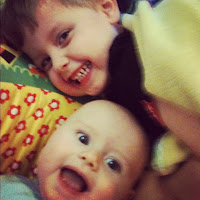 We knew the time was right to start trying for Dylan when Oli was at the age of two, and I certainly have no regrets about that now. That was the perfect timing for us, Oli is now potty trained and doesn’t need a pram to get around. Since Dylan was born, we only had one baby in nappies and needing a pushchair. Oli is at an age where he didn’t bat an eyelid about a sibling, but then I guess that’s down to the person he is. I’m pretty sure Dylan is going to grow up being opposite to his brother, and he might freak at another sibling coming along.

So saying that I guess I’ve answered my question, so I probably would have three years between my children. But is it right to plan when to have your next child? I guess anything can happen in the next couple of years so of course nothing is ever set in stone.

When did you know the time was right?