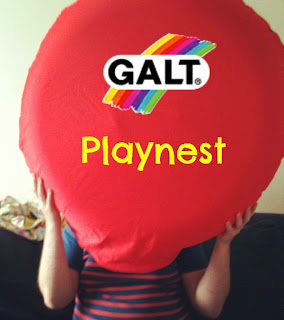 Dylan was sent a Galt Farm Playnest to have a play with and to review. I’ve seen the Galt Playnests before but never in the flesh, and I’ve never given it a thought to invest in one. Well, that was silly of me, it’s been the most used baby furniture in our house the last couple of weeks.

Setting it up was simple enough, we could have pumped it, but the man insisted on blowing it himself instead of trying to hunt out the air pump in the garage. Didn’t take him long at all to blow up, so don’t worry about needing an air pump for it if you have a good set of lungs available. Do the zip up, and you’re ready to go, very quick and simple to set up.

He had an unsure face at first as we sat him into it, didn’t last long as his brother introduced him to the squeaky duck and as he found the rattling flaps for himself. It was great to see trying to sit in a comfortable, supportive environment instead of the wall of cushions we usually try to build him on his playmat. I’m hoping the playnest will help to encourage him to sit up by himself. 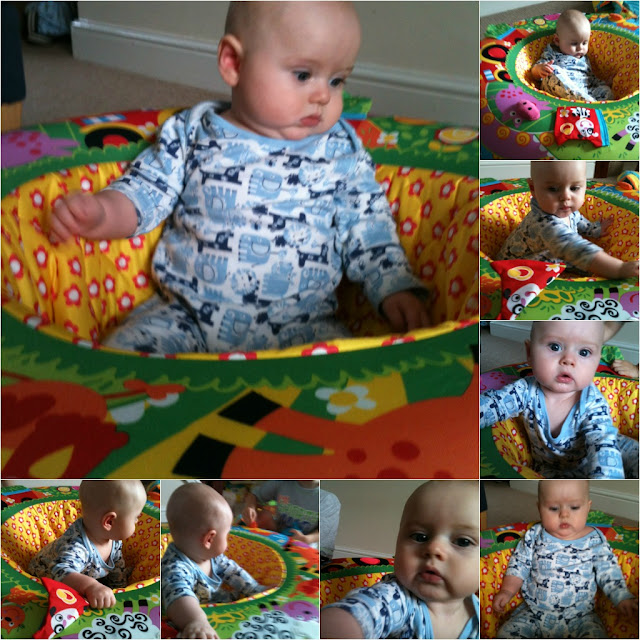 It has eight different multi-sensory features to help stimulate touch, vision and hearing. We’re yet to discover the softness of the sheep and the hairy horse tail as we’re currently finding the crinkly flaps rather entertaining. The actual inside is soft and cushioned so falling down in it isn’t a big issue, Dylan finds it a rather comfortable place to curl up and babble away. He’s also found it enjoyable to sit inside and play with some of his other toys. We’ve even had the toddler use it as a chair to sit and watch TV in.

Despite the husband insisting it looks like something which should be floating on a swimming pool, it brightens up our living room and I have no issue with keeping it blown up though if you’re short of space, simply deflate it until next time you wish to use it. To store it, I just pick it up using the handy handle on the side and place it standing up against the wall. The fabric cover is machine washable so no worries about chucking it in the washing machine if your child happens to make a mess of it. 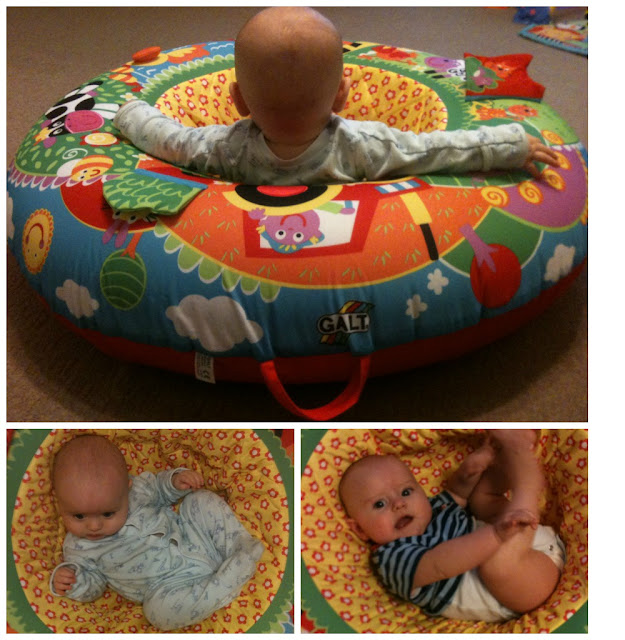 The Galt Farm Playnest retails for around £24.99 which after talks with the man, we agreed is a price we would happily play for it. Especially as it can be used from the age of 0 until whatever age you see fit, though seeing our 3-year-old sit in it rather comfortably shows that it can certainly last beyond the baby years.