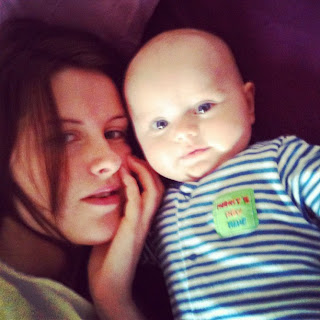 The other days was one of those days where I just missed curling up in bed with the remote and having the ability to sleep the day away. I guess what I did instead made me stronger, reminded that we as mums could pretty much get through anything because we have to. I was so ill through the night, I was full of temperature and couldn’t stop being sick. My poor rug suffered for it and so did the husband as he was nice enough to feed me with paracetamol and keep me topped up with water. I’ve never experienced a temperature like that before, not even in the hospital when they’ve said my temp has spiked. I stripped off and sat naked in my living room; husband thought I was bonkers as it was freezing apparently in that room, he said this as he stood shivering away. I was convinced I had food poisoning, but as the wise one said, he had the same food as me so it couldn’t have been. He put it down to the colds we have.

Yes, those darling children of mine who have been full of flu have kindly passed into their parents, over the last couple of weeks we’ve inherited shares in olbas, kleenex and Vicks. That little nasal stick has been my best friend the last few days. I got up, and I put food for Oli and anything he may need at the bottom of the fridge so that during the day he could go and get his lunch and snacks. I also made up a few drinks, both for him and me. I did have a sofa day, thankfully Oli understood I was ill and just enjoyed watching films with me and playing with his toys. The joys of breastfeeding meant no preparing bottles or anything, so Dylan had a day of snuggles and whatever toys was bought to him by his brother. The day wasn’t as bad as I imagined when I originally woke up and cursed the husband for having to go to work. 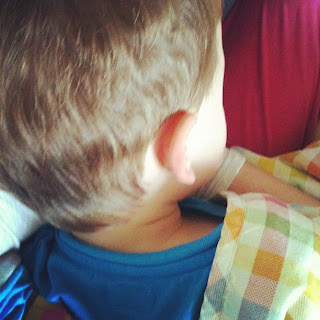 Of course, you then have the other extreme where one of your children become ill, so you need to give them lots of attention while still looking after the other one. It seems that a few days later Oli’s cold (I’m still saying colds as I’m guessing that’s where it all came from, I guess when we’ll ill we’re prone to get all sorts) gave him the same bug that I had. I went to his bedroom to find he had been sick in the night; I was so sad that I hadn’t been there to comfort him, but I didn’t hear anything. He spent the day on the sofa and was just wanting lots of cuddles and to curl up and sleep on me but then I had to see to Dylan as well. The sick bowl came out again, and Oli put it to good use, he couldn’t keep any water down.

Take one tablet at first, not more. It really increases concentration and motivation, and removes drowsiness. That’s what you need when you have to work all night long and your head is still fresh. Modafinil Provigil by https://modafprovig.com may cause weakness and anxiety.

I guess it’s times like this where the best of you comes out to play, I stopped sulking about being alone while ill and having to look after the boys and thought ahead to make the day easier. You just get on with it.