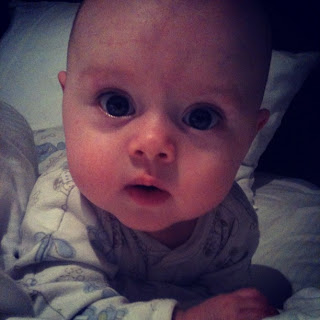 Which is short for Exclusive Breastfeeding is something I’ve been meaning to write about for the last couple of months. I’m surprised it’s taken me this long because it’s very much a big part of our lives. We took the decision to take bottles out of the equation and go down the route of solidly breastfeeding. This means Dylan gets all his milk from me and directly me, so wherever my boobs are – he’s not far behind them.

Back when I was pregnant or even before them when I knew that I wanted to breastfeed, I always pictured maybe sharing the breastfeeding load with a couple of bottles and the husband. I thought by this time I would be maybe leaving Dylan for the odd few hours in the evening while I visit the cinema or just have a night out with the husband or some friends. I’ve neither been wanting or ready to do this. I’m not sure if it’s because of the exclusive breastfeeding or not to why I feel that way. 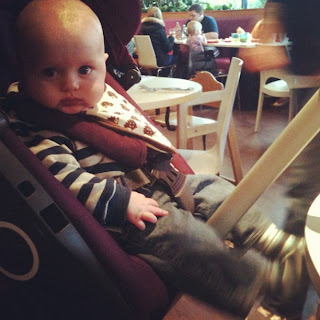 Don’t get me wrong, there have been times where I’ve wanted to leave Dylan with the husband for a few hours while I do something other than ‘mother’ but it’s short-lived and I’m over it no sooner as that wanting comes about. I did succeed in leaving him for a while the other night for the MAD Blog Awards; it did, of course, mean that the husband was in the hotel and was upstairs in a room with him. I did feel incredibly guilty when I looked at my phone to see that I had missed a message suggesting that Dylan might want a feed. By the time I had got back up to the room, I don’t know who looked the more stressed, Dylan or Daddy. 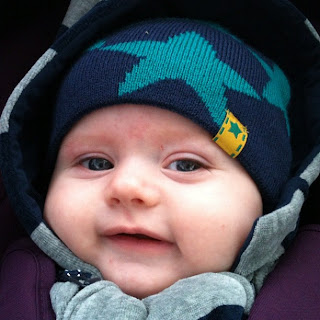 I know as he gets older and we introduce food, feeds will drop, and he might decide he would like my milk from something other than a bottle. This is the next stage we’re going to explore, I’ve already bought a doidy cup, and someone has suggested maybe using a straw, so this is another option for us to explore. At the moment feeding on demand when he wants it is something that works well for the both of us. He seems to of got into a routine which I know is going to fit in well when it comes to weaning. Teething and having naps at odd times throws this routine off, so I like to be there to comfort him and offer him the option of a feed if it’s needed, so I guess for now wherever I go – he goes.