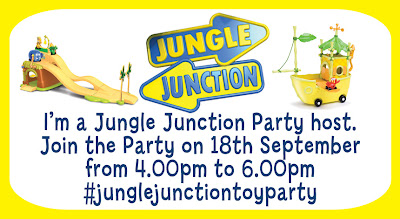 If you happen to own a small child, then you’re more then likely to of heard of Jungle Junction. I have a huge fan of it in my house, and we don’t even own the Disney channel (yes I consider this a parenting fail!) Thankfully we get it on demand on our TV and I discovered it when I was trying to find a program which was full of animals to help Oli with naming his animals. Well, Flair, have some fantastic new playsets coming out and to celebrate that we’ve been invited to host a Jungle Junction twitter party along with 14 other parent bloggers.

We’ve been sent a HUGE box of Jungle Junction toys so that Oli along with a few of his friends can play together, have a few games and eat some Jungle Junction themed food. We’ll be tweeting and sharing photos over on our twitter account @MeTheManAndBaby and using the hashtag #junglejunctiontoyparty.

For your chance to get involved, all you have to do is follow us on @ukmumstv and follow the hashtag from Tuesday 18th September 4 pm – 6 pm. During that time they’ll be tweeting about our parties and giving your Jungle Junction fans at home the chance to win with spot prizes, plus an overall party prize. Sounds like lots of fun! Blow up those balloons and get your party gear on because it’s going to be a Jungle Junction bonanza! 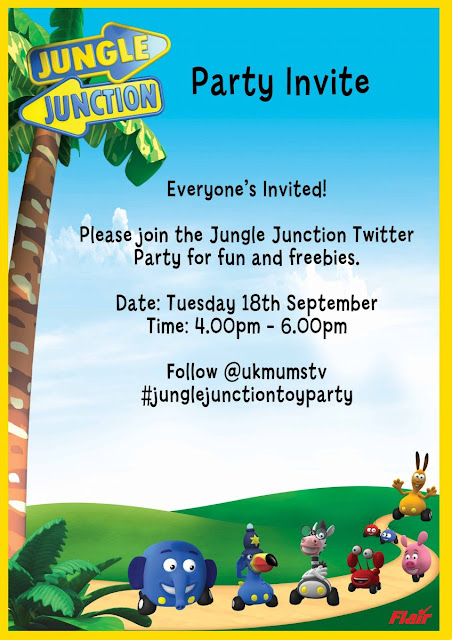