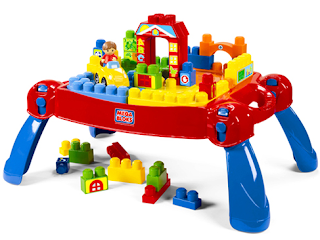 We got sent the Mega Bloks Play ‘N’ Go Table to try out with Oli. Now we’ve experience Mega Bloks before when Oli was one he got a bag of the Bloks for Christmas to play with. Just before we received the Table, I had put this bag away as I feared Oli had got too old for it as he seems to be more interested in smaller building blocks.

I did wonder how he would react to the table, but he was quite excited to see it. I guess it was the concept of it being a play table with bricks that got him wanting to play with it. I think the many possibilities that come on top of a child’s already crazy imagination helped. It came with a car and a figure which could be wheeled around the track you can make, using the bricks he made a display around the circuit. 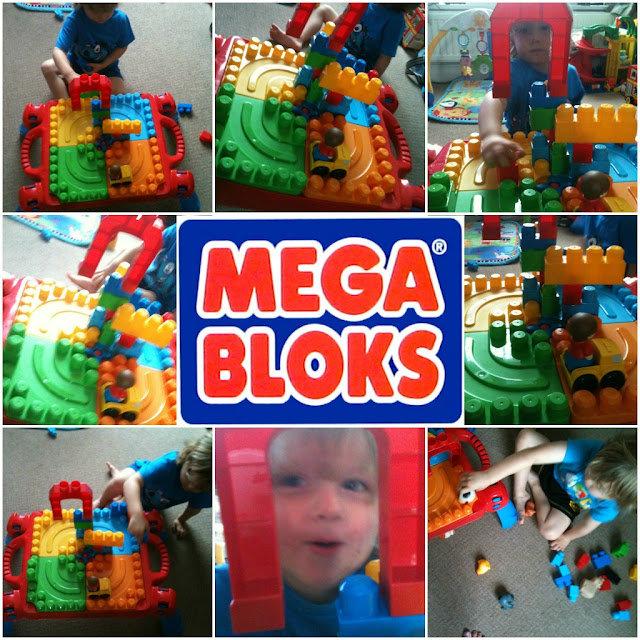 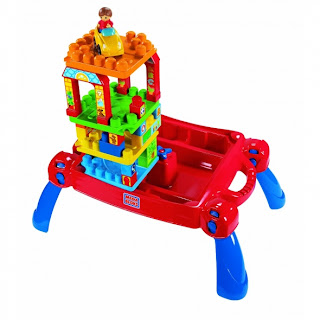 What I like about it is that it’s available for little ones to play from the age of 1. But I think we’ll be introducing Dylan to it earlier on by not having the legs up and using it as a floor toy. The Mega Bloks are fantastic for small hands, and I guess that’s why they were the first bloks that Oli started off with back when he was just 1.

When it comes to storing the Mega Bloks, they simply go back to the table, and the four main pieces are used as a lid. The legs fold back in allowing it to be slid easily underneath a bed, put in a cupboard or even under the sofa which is where ours is stored when not in use. The portability of it would even allow it to go places with you be it a friends house or on holiday.