Have to admit when I first saw this colouring in competition sponsored by Kelloggs I just had to take part, firstly I like fun (who doesn’t??!!), and secondly, I’m not going to turn down the chance to own another box of Rice Krispies. The toddler & I go through them as quickly as the baby goes through nappies, yes that quickly. Oli was rather excited when our package arrived; they had kindly supplied us with a mega box of colouring utensils. He spent all of that morning getting to know all these colours and how they worked, we had fun while being educated at the same time. Of course, the real fun came the next day when we got the paints out. 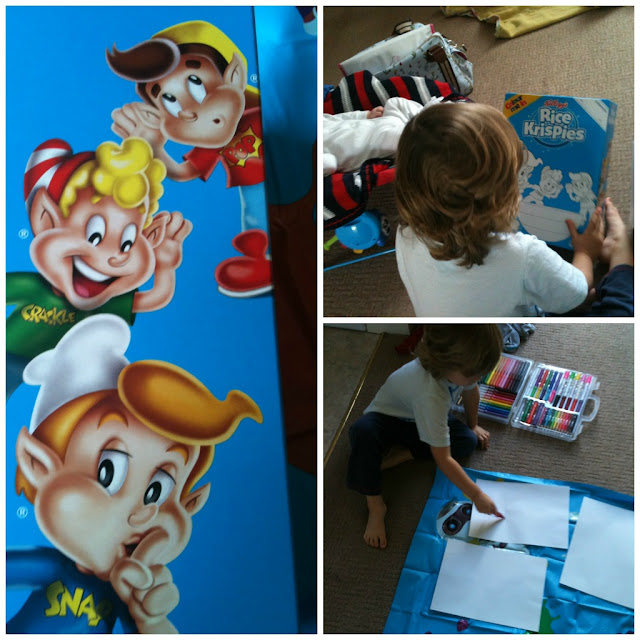 Now I’ve not got a single arty/crafty bone in my body; it goes alongside my non-gardening & non-cleaning skills. But apparently, my son hasn’t inherited my lack of creativity. At the same time as munching on some Rice Krispies, perfect snacking whilst painting though I had wished we made some Krispy choco chip popsicles beforehand (another activity for a rainy day!) Oli decided he wanted to stick down his Krispies to the box, genius I said to him – teaching him a new word at the same time. What a great idea, so after helping him stick down some Krispies to the box he painted over them using the colour guide I had set up for him underneath the Krispies that were stuck down. 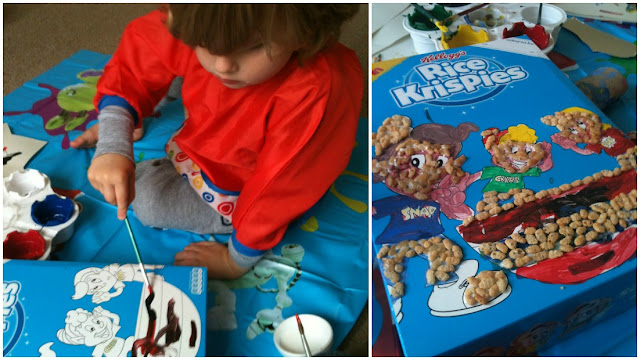 Come bedtime everything was all dry, so we’ve stuck the packet of Krispies back in it were newly designed box and took some photos. They may be glue on my son’s face in the picture below after all the real fun does happen at the same time as getting messy! Though my carpet may not agree I think we may have to buy some more boxes to decorate and keep us entertained in the holidays, though I think in the meantime we may print out some of the activity sheets to colour in. Don’t worry if you’ve not got a printer; it gives you the fun of colouring in a picture online which comes to life once you’ve finished and have hit the ‘finish and play’ button. 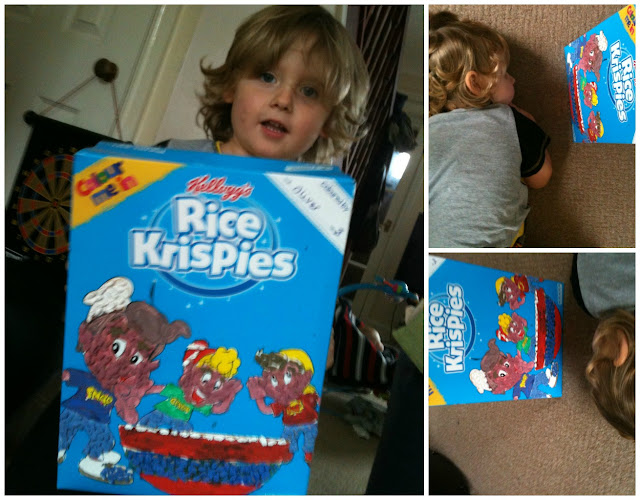