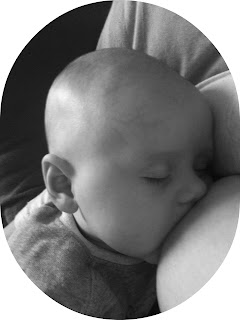 World Breastfeeding Week may have ended, but I still wanted to add a couple more posts to my blog on the theme of Breastfeeding, one being about our last few months breastfeeding or should that be our first few months breastfeeding. Dylan has just hit three months in age, and for the last three months, we’ve been exclusively breastfeeding. I had pat myself on the back on the back for this and had a mini celebration which of course included me eating lots of cake. When I think about the beginning and how difficult it was with the tongue tie and the lack of sleep and how the thought of giving up popped into my head several times. I’m so glad I didn’t. Something made me push through that pain and the tiredness and carry on.

At the time all that difficulty felt like it was lasting forever, I remember the moments where I had to syringe out colostrum to feed to him. I wondered if he was ever going to latch on and take to breastfeeding. All the fears of trying to Breastfeed Oli came to mind and that made me doubt everything at the time, the midwives said my milk would come in after a couple of days, but I just found the waiting even more tiring. I never thought I would be in the position I am today where I look back at that first week, and it seems that it only last 5 minutes in comparison.

He’s been putting on weight fantastically and when I get asked the stupid question of ‘how do you know he’s getting enough milk’ I only have to reply look at him to give them an answer. Though I call it a stupid question, I guess it’s part of learning and teaching others about breastfeeding. I think it’s the whole not being able to see it which makes people wonder. I’ve not had to deal with any negativity as much as I thought I would, no one has said anything to me in public. People close to us who have not had much experience of breastfeeding have been finding it hard to grasp that I’m solidly breastfeeding, but this is my choice.

I’ve even started to breastfeed in public without a cover now that we’ve mastered the whole latching on process. Though I can see where our Freedom Babe apron may come in handy because he has started to get distracted by things around him though I do think his biggest distraction may be me. It’s when I look down at him and smile he just can’t help but to smile back, and then we both end up in giggles and then we’re all over the place with feeding. See breastfeeding isn’t boring at all, helps that half the time I do something to distract me from accidentally distracting him. Having that one hand free has been great for getting some reading done on the kindle and for drafting up blog posts like this.

It’s become an everyday routine now, and part of our lives, the fact that I have to wear clothes that give me easy boob access has become the norm, and breast pads are routinely chucked in with them monthly shop. Though mentioning breast pads, I seem to of got into a routine of knowing when and if I’m likely to leak, which is usually in the mornings if Dylan decides to sleep in so this means I just pop in some pads before going to sleep. Feeding and a general routine seem to of just come about, I’ve been feeding on demand and I’m continuing to do that but unlike the evening and when he was younger and feeding lots that’s not happening as much now. As nap times are becoming a routine so does feeding times, it just seems to be dropping itself into the right place.

Even a nighttime routine has come about itself; we’re mastering a bedtime which works for us both. Currently at around 9ish but we are working on getting this earlier though I can’t complain as he’s been sleeping through to around 6. Usually, if I’m still rather sleepy or if he wakes any earlier then this then I’ll bring him into bed with me where we lay down for a feed, where we both fall asleep but then I’ll cover this co-sleeping side to it in a separate blog post.

Even Oli has got used to the fact mummy feeds with her boobs and when Dylan cries Oli will let me know that he wants to feed by pointing out my boobs, to me this is great for him to have this understanding. Just a shame me & he never had this experience. One thing I’m still getting used to is how what I might eat might affect Dylan. A couple of weeks ago I had a few scotch eggs, the next couple of days you would have thought someone had let off a rotten egg bomb. It was major eugh. Oh well, here’s to the next three months of breastfeeding.