A couple of weeks ago I mentioned that I was taking part in The Big Latch On which was happening in Birmingham. Well, we caught an early morning train, and we took part in helping to raise awareness of breastfeeding in public as well as trying to set a big latch on record. I’m pleased to read and report that on Friday 3rd August & Saturday 4th August 2012 at 10.30am each day, we came together to breastfeed our children simultaneously. A record number of 8862 children latched on at the same time over those two days to breastfeed. I find it rather cool that we were counted as one of those 8862.

Something like this is great for me and building my confidence with breastfeeding in public, now that Dylan is getting older I’m finding myself leaving our cover at home more often. Right after the event, I found myself sitting in Starbucks with Roz feeding minus cover.

Here are some photos of the Birmingham Big Latch On taken by Ian Batterbee. 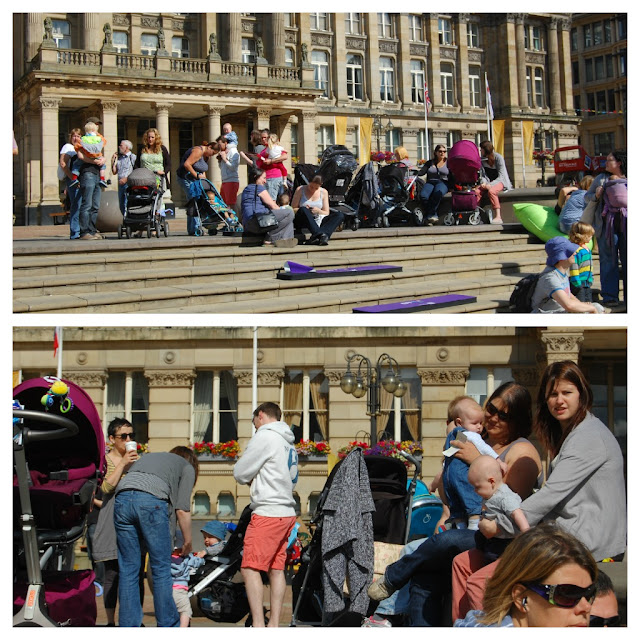 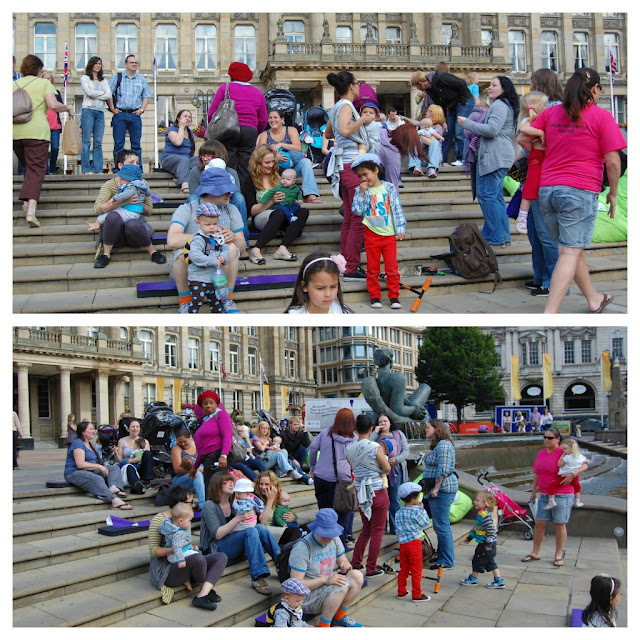 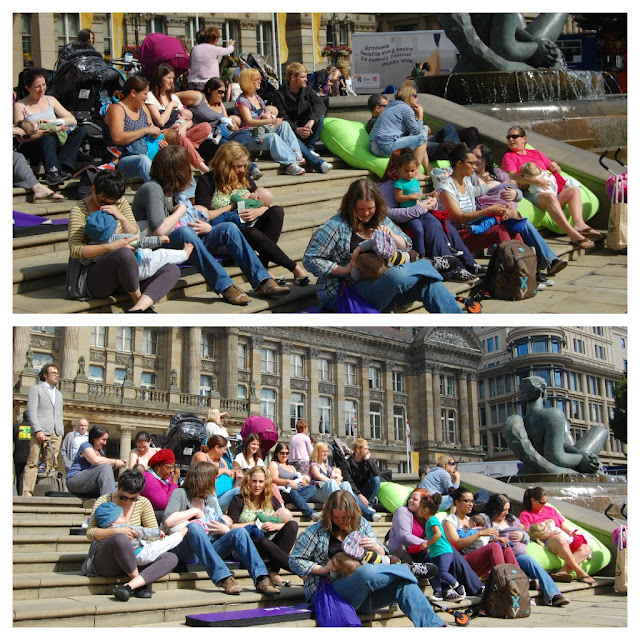 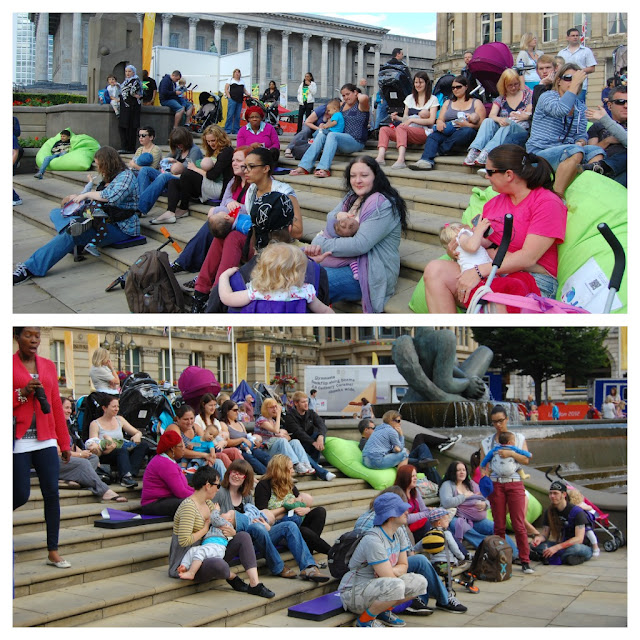 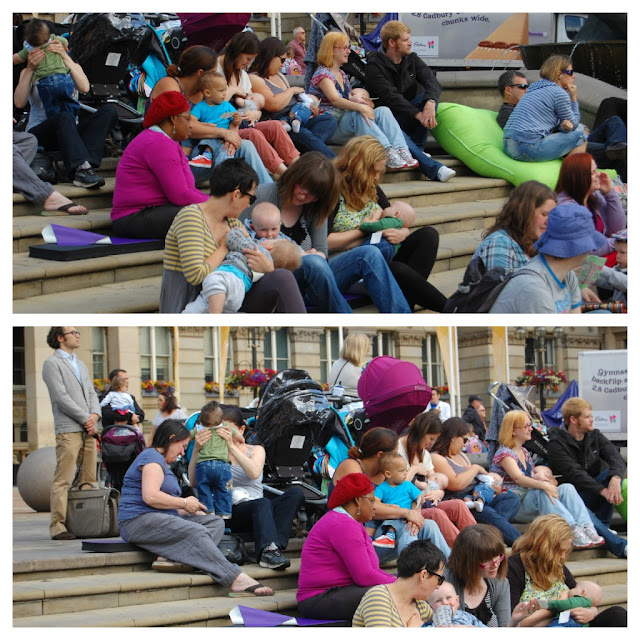