The boy was rather disappointed that he didn’t get to see dinosaurs yesterday at the Zoo, poor kid. I hadn’t the heart to try and explain that dinosaurs were dead and that it was rather unlikely that we would ever see one. On the way out from the zoo, a leaflet covered in dinosaurs caught my eye. Apparently, Torquay (if you’ve not guessed, we’re holidaying in Devon!) has a dinosaur world. That sorted out today’s rainy day out.

I could have just got away with letting the boy stand outside and pet the model dinosaurs on display, but the prices were fair when you pretend your three year is 2 add two adults together. We were given a quiz sheet to do, as Oli is still a little young – Daddy did it on his behalf. I think Oli pretty much had fun by going around shouting dinosaurs at every dinosaur he saw and by digging for fossils in the sand. Pleased to say Daddy got all the questions on the quiz sheet right, earning Oli a certificate and a badge. 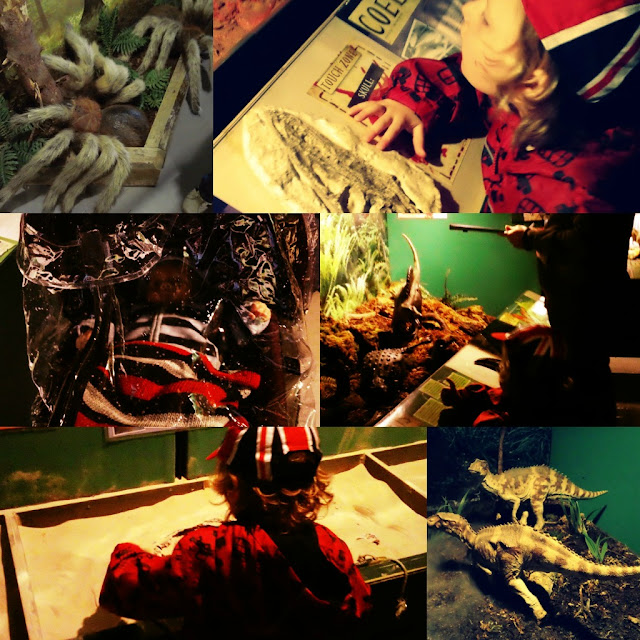 After our dinosaur tour, we took a rather rainy walk around Torquay; we mostly took shelter in burger king the amusements arcades. It’s amazing how much we can get away with, with Oli at the moment. He’s not got to the stage where he’s pleading for money to go on the rides, though he is slowly cottoning on. We did think about going bowling that afternoon but found this little bowling alley in an arcade which we played on for just £1. Kerching. You know despite the horrid weather and the rain, we did have a good day. 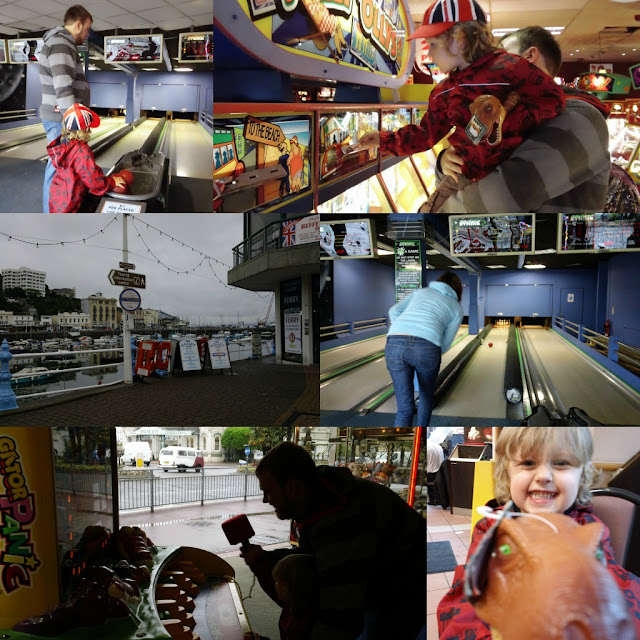