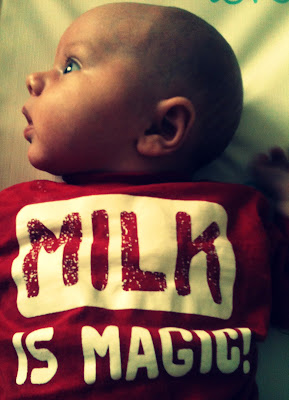 Being educated in school on breastfeeding is what I think is needed in today’s society to help teach youngsters today that boobs are not just sexual objects. I mentioned that the other day in my ‘breastfeeding certainly didn’t come naturally to me’ post. I said about before becoming pregnant with my first child Oli that I didn’t really know much about babies and what came with. I guess I only knew about breastfeeding because I had seen people feeding their children this way when I was out and about.

What sparked me to talk about this is the breastfeeding haters, sadly they exist and for some reason are blind to this natural process. But looking around and seeing who is so negative towards it, especially using twitter seems to be young people and men. I’m guessing for the males it’s the whole ‘boobs are sexual objects’ which turns them against it, I’m hoping they will see sense when they settle down and have children for themselves. And for the young people, this is where I think being educated in breastfeeding at school comes into play.

I personally think that breasts as an instrument to feed children should be taught at the same time as receiving sex education on those body parts and how they are used to make babies. At the same time, they should slip in how these boobs can be used to feed these babies milk and how that process goes about. Why is it as a mother in her 20s that I had to go and hunt out how milk is made, shouldn’t that of been something I had learnt when being taught the ways of the world in school? We learnt about our periods as young girls, something that affects us all as females so why were we not taught about the fact we will produce milk once we become with child? That affects us all as females, even those who choose to formula feed.

It only helps to take original drugs, so do not get involved in mere stupidity. I like to take Priligy (Dapoxetine). The pills helped stop my premature ejaculation. I feel great. I usually buy the pills online at http://www.papsociety.org/priligy-dapoxetine/ and there are never any problems.

Maybe times have changed since I went to school, perhaps it is now being talked about. I guess I won’t know until my boys hit school age but even then would they learn about the concept of breastfeeding seeing as they are boys? Breastfeeding has become such a big part in my life now, maybe because of the role it plays in feeding my child or maybe it’s because of that special bonding it allows us to have. I just don’t like seeing something I love being dissed simply because of a lack of educating about it.