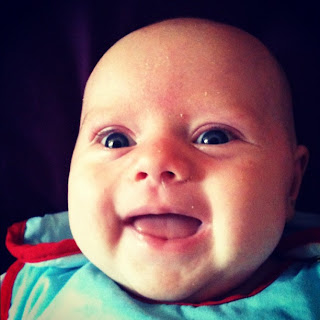 I cannot believe that today Dylan hits the 7-week mark, he’s no longer in that newborn stage. We’ve already got our first box of clothes that no longer fit. He’s in his Daddy’s arms as I type and looking at him, he really has got huge. He seems to of followed in his big brother’s footsteps and have legs that never end. Every part of him seems to of filled out; his cheeks are filling as well as those legs of his. It’s funny when people who just don’t get breastfeeding say to me, well how do you know he’s getting any milk? My response, of course, is to just simply look at him and then you can tell. 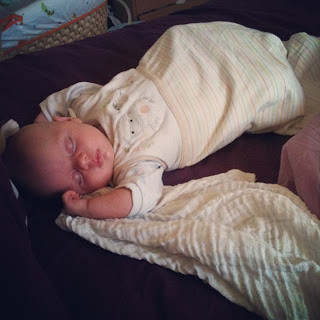 Breastfeeding is going so well; I’m surprised at how well. I do keep meaning to write posts about it, but then I’ve still got half drafted pregnancy posts waiting to be finished. I’ll probably finish them in time for the next pregnancy. One thing I find goes even quicker now that I’ve doubled my amount of children, seems to be time. By the time I’ve finished feeding and changing one child and then playing with the other, bedtime comes around, and of course, then it’s my bedtime.

Things have been a little wild around these parts, as well as organising and getting married we’ve been sorting out the house, I guess several months after moving in we really should get some of those boxes moved out. 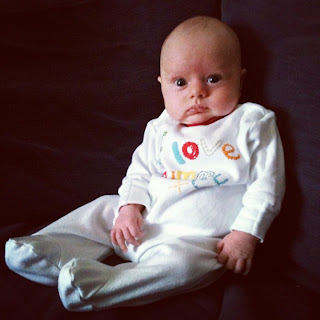 Though we are moving again at the end of the year so maybe I really should just leave some boxes packed. Doesn’t help that I can’t seem to get rid of things easy, the man says I’m a hoarder, and that’s why we’ve got a garage.

It seems at the same time of getting married I gave myself a shed load of stuff to do, the next week involves nothing but phone calls and filling out forms. We even have our delayed wedding reception to sort out for next month.