I only mentioned in yesterday’s blog post that baby was teasing me, he didn’t stop for the whole of yesterday and into the night. After the way, I had been feeling, and because that pressure below was slowly becoming accompanied by pain, I thought it would be a good idea just to call on a midwife. The midwives on call for my home birth really are lovely, and they usually come straight out to see me. She did the usual checks of blood pressure and listening to baby’s heart and then she asked if she could do an internal examination. Of course, I had secretly hoped she would suggest this; I know all about sweeps after having two when I went overdue with Oli. I don’t know if that’s what help contribute to him coming the day before they wanted to induce me.

She had this happy soun 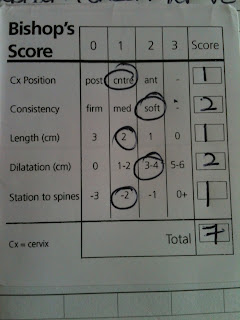 ding in her voice and was pleased to say to me that I was already 4cm dilated, she explained that this does happen quicker the second time around and I was told that I had a soft cervix. She also said how she gave me a good sweep while down there; I would of never of guessed. She was quite positive about the fact I could be seeing her later on in the evening or today. I was quite positive about that too after spending the rest of the afternoon and the evening feeling some crazy cramps and tightening. I was for sure that this was it, the man came home early from work after telling him what the midwife said. We got to work making sure that we really did have everything ready for our planned home birth.

The midwife did say that the baby had turned, whoop. He was no longer back to back, so all that bouncing on the ball had obviously helped to change his position. I thought he had changed as the back pain was no longer as painful as what it has been.

The evening came about, and I thought this was it, Oli was going off to bed, and after going mad with the hoover, I sat down to think about food. We didn’t want to cook & being the food addict I am the moment, I fancied a curry. I was so fretful about ordering a curry in case the baby decided to put in an appearance while we waited for it. See I really did think last night was going to be the night. We went to bed wondering if we would be awoken.

I woke up at 3 am wondering if something was going to happen, had a backache. Nothing more spent a few hours playing on my phone and telling the man off for snoring. Was asleep again come 6 and that lazy toddler of ours didn’t get us up until half 9. Had nothing and this kinda has continued, I still have cramps, and I’ve been having tightening ever since our walk earlier, but I’m refusing to read into anything now. I’m just being teased, I just really don’t know what is going on with my body. It’s not a nice feeling not knowing what is happening or what is about to happen. Could it happen tonight? Who knows!