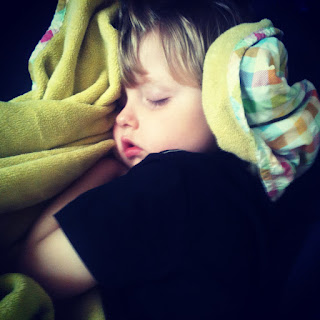 It’s like I’ve been so blinded by the pregnancy recently that I’ve not quite noticed the changes in Oli. Now I could cry more tears over this than I already have but I think I’ve spent quite enough time crying over things already. Seriously if someone could turn this emotional tap off, it would be much appreciated. Sitting and staring at my child, I don’t see the original boy anymore. I see this child, this child who has changed. It didn’t happen overnight, it’s happened over time and I’m only just noticing now. 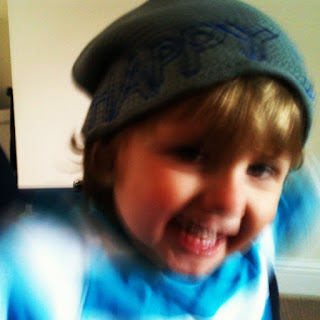 His face resembles that of wisdom, he’s learning the ways of the world, and it’s starting to show through those gorgeous blue eyes of his. He’s become so self-reliant that we’re not needed as much as we used to be. He’s hit the age where we can leave him alone to do things, I know I’m safe to go anywhere in the house and leave him to it. I know I can leave him standing in the shower while I go into one of the other rooms upstairs, though this is helped by the fact he copies his dad with singing in the shower, so I always know he’s ok.

He’s stopped calling us mummy and daddy; I noticed this the other day when he referred to us as mum and dad. I had to do kinda one of those double takes to make sure I had heard right, but he’s since used it again and again. I’ve been so used to being referred to as mummy that to hear 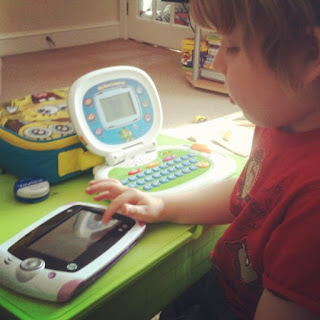 him suddenly call me mum has been a shock to the system; it’s just so grown up of him. Him going from ‘choo choo’ to ‘trains’ I could just about deal with but to be called mum is plain freaky. Ok, I know it’s a good thing – it just shows how much he’s growing up. He’s turned 3 in the time I’ve been pregnant, that seemed to of coming out of nowhere.

I know when the baby comes along this is only going to change things more, he will no longer be the only child, the youngest child or the baby in my eyes.

Though can they ever stop being our babies in our eyes?