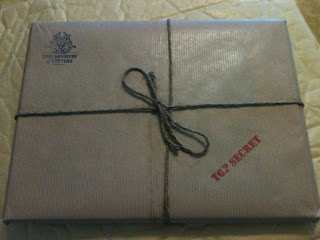 How exciting does this parcel look? We got sent a top secret to review; I don’t know who was more excited – the toddler or the postman! Inside was the most beautiful children’s book I have ever laid eyes on. This top secret is called The Ministry of Letters – Operation Alphabet.

We’ve been sitting down together in the evenings to read this book, for the toddler it’s thrilling to listen to me reading it and to get lost in all the images spilling from the pages. For me it’s nice actually to read a book that is an exciting read, can you tell up to this point it’s been those little cardboard books with fluffy sheep that’s been hanging out on Oli’s bookshelf! 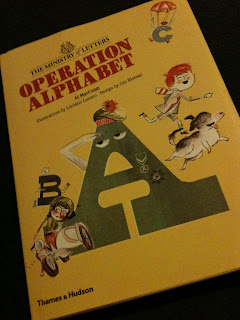 Operation Alphabet is the story of a little boy called Charlie Foxtrot. He has just started school and finds learning the alphabet strange and confusing. Luckily, Charlie’s struggles are spotted by two agents from the top-secret Ministry of Letters, who summon the Special Alphabet Service (S.A.S.) to the rescue. Boarding trains, dodging hungry cats, and personally escorted by a dashing Duchess, the 26 letters of the Special Alphabet Service embark on a thrilling adventure to find Charlie, teach him the alphabet and open his mind to a love of letters and stories.

The book is accompanied by a fantastic website which is fully interactive. We like the S.A.S section which allows us to click on the letters to hear it speak; this has the toddler in fits of giggles. We’re currently working on our words, introducing them and learning how to pronounce them, so this was a great way of helping him in that process. 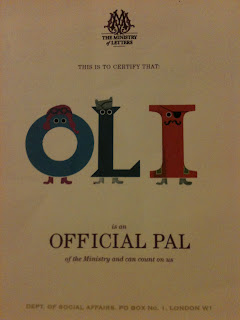 All the letters come to life with Al MacCuish words, and then those words are bought to life with illustrations by Luciano Lozano and the design by Jim Bletsas, these guys between them have created a book which will take pride of your children’s bookshelves for many years.

Thanks, Ministry Of Letters for letting us in and for making Oli an official pal of the ministry, he rather likes his certificate which he has pinned to the fridge.