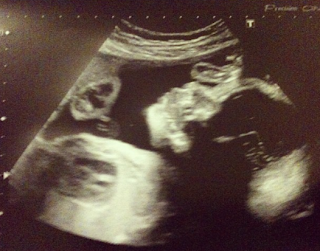 I started drafting up this post about a month ago when I was originally told that my bump was on the small side by my midwives. It made me feel quite low about my bump especially with all that was going on at the time. I was just starting to enjoy this pregnancy for the first time really, so was disappointed that the midwives tape measure said my growth was small and that I needed to be referred for a growth scan. I’m not against them doing their job, and I know all I’ve got in this pregnancy is the very best help for our baby and me. Just everything seems to be adding to this fed up feeling, which I think I went well beyond a while ago. 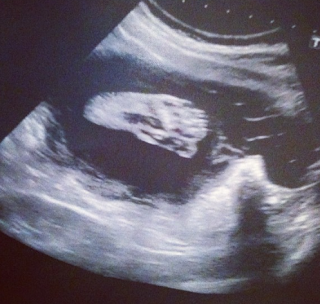 We went to the scan where it was quite nice to see baby again, was very strange to see him so developed. The Sonographer which we met before was so nice and showed us everything again, we couldn’t believe the size of those legs, and we got to see a roll over of the face where we saw all his little features, his nose and his mouth. It’s such a fantastic sight. She confirmed what I already knew, and that baby’s growth was perfect on the line and said that I’d got a long abdomen and I just hide baby well. I just think that baby likes to hide on certain days; I feel like my bump can be bigger at certain times. 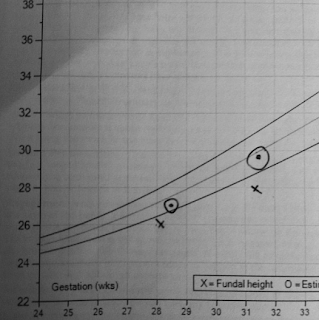 Anyway, at my consultant appointment yesterday my usual midwife did a general check over before I saw my consultant. One of the checks she did was the growth again, of course yet again that silly tape measure said my bump was small. Was told I would have to have another growth scan, wasn’t expect to have it 10 minutes later. I guess the scan room is all set up in case the consultant wants any of the women she sees scanned. Of course, again it confirmed that baby’s growth was fine. The placenta and the fluid were all ok, and the estimated fetal weight given was 1755.0g, I was given an EFW of 1114.0g when I had my first growth scan at 28 weeks. The Sonographer plotted the ones on the graph which are circled whereas the ones which are little crosses are the midwives. Everything is perfectly ok with the baby, and he’s all set up to be nice and healthy when he’s delivered, though I won’t be surprised if this wasn’t my last growth scan in this pregnancy. 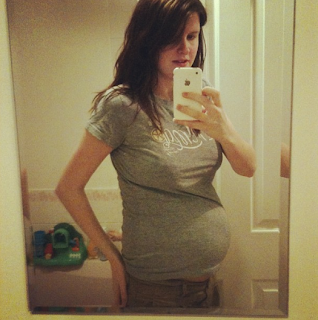 Shame the same cant be said for me, the consultant wants me to have a 24 hour heart tape where I can a heart monitor attached to me for 24 hours. I have some kind of appointment going on every week until baby is born be it at the hospital, seeing a consultant or seeing a midwife. I feel like my life is made up of appointments, midwife has suggested that I go see the doctor to be refereed to a physio for my back but I just don’t think I can take anymore appointments in my life. Home birth has been put on hold, the consultant says she would like to see the results of the the heart tape but if every things ok with the midwives then there shouldn’t be any problem. Trying to convince the man that a home birth is ok is another issue, all this has made him ever more fearful then he already was over me wanting this as my place of birth.