I never really gave a thought to pushchairs pre-parenthood, I just thought you had one and then kept it until the child started walking without it. Of course, then I had a baby and got my set of wheels and everything I ever knew and thought about pushchairs changed. 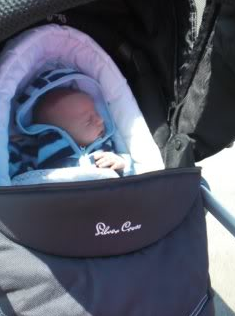 Our first pushchair was a Silvercross, and honestly – I hated the thing. It was what I wanted, by having a carrycot inside of it which was how I wanted my son to spend his first few months. For some reason the whole travel system with having a baby in the car seat never did it for me, I just got used to transferring baby from car seat to carrycot. Oli grew out of the carrycot rather quickly, which meant then putting the pushchair into the stroller style. I hated this as he was so small still and he wasn’t facing me anymore. That’s when I traded in my wheels for a new pram. 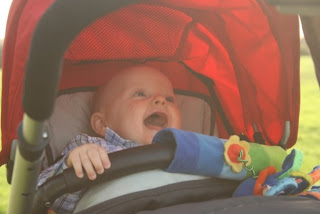 I saw it in the Argos catalogue and fell in love, it was a funky red colour, and it was a Britax Strider. Our car seat for him was Britax so was happy to buy this brand, was so eager to start using the new pram that right there in the shop we got it out of the box and put it together. My favourite thing about it was the front facing, and that’s a feature I want again with the next baby and his pram. The front wheel jamming up in the middle of the road cut our relationship short. This was also the beginning of hate towards three wheelers. 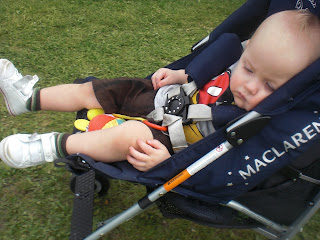 then left in desperate need of a pushchair, thankfully the lovely guys at Maclaren saw this and sent me the new Maclaren Zodiac Quest which was rather kind of them. It’s grown with him ever since we got it and it’s a still a pram that’s used these days but sadly is difficult for me to push. Oli weighs down in it now, and that creates weight which I can certainly feel when I push it. Thinking about it I can’t believe how great of a condition it looks after owning for over two years. 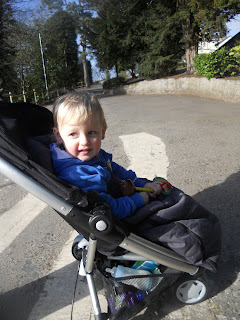 Via blogging I got my next couple of prams, I got invited to be a Quinny Zapp Xtra ambassador. It was a three wheeler but was much lighter than the Britax and easier to use. My favourite function to it was the huge hood that was great at keeping him out of the sun and sheltered when it was windy. Bet it would have worked a treat if he would have been younger, and I was trying to get him to nap. We won a Quinny footmuff for the pram which also became another favourite feature; it was so soft and warm. 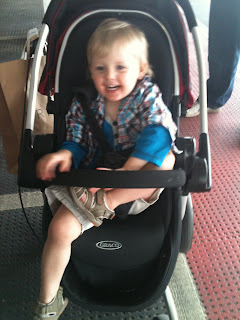 Next was a Graco Symbio, love love LOVED this pram. Was fantastic when it came to trying to get out and about in the snow as the handle just switched around allowing us to use the bigger wheels to steer through the snow much easier. It was a comfortable ride for the toddler, and I doubled it up as a portable highchair. He used to be a nightmare at sitting at tables, so I used just to leave him strapped in his Graco, it was the perfect height for tables. Sadly the brakes went one day while in the middle of town, and it locked up the wheels. It’s been sat in my garage ever since. 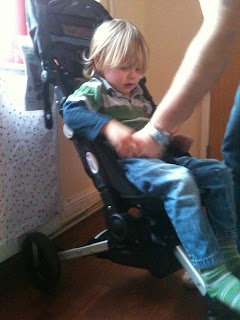 Our newest edition to the family which we got was a Quicksmart Easy Fold Stroller. One thing for sure, it’s a much lighter ride. Ideal pushchair really when your pregnant and still need to get from A to B with a toddler. He’s at a fantastic stage where he does walk most places, but he does still need a pushchair, handy still for me where I need somewhere to store that shopping.

So that’s my current pram journey, my pram fascination, of course, does leave me often eyeing up new prams and keeping up to date with the latest releases. We’re currently left with the Quicksmart and the Maclaren, and I would be lying if I didn’t admit I’m secretly rather excited about doing the whole pram thing again, will be strange the day we finally hang up our pram wheels.