Who doesn’t love receiving and giving gifts? I love any occasion where you can make a fuss and buy a loved one a present, of course, you never need a reason to buy someone a gift, but I like special times like Easter where everyone is exchanging eggs with one another.

Playmobil have a different kind of egg for sale, one which lasts beyond Easter day and doesn’t make as much of a mess as what chocolate can. They’ve come up with the great idea of putting some of their colourful Playmobil characters complete with accessories into four differently brightly coloured eggs. Take a look at the pics below to see exactly what they look like and what you get in each one. There’s 4 to collect – Fairy Child With Unicorn Carriage, Eagle Knight With Cannon, Zookeeper With Baby Animals and Race Driver With Go-Kart.

They sent us some samples over so that we could see for ourselves how the Playmobil Gift Eggs would make great gifts for children this Easter. Now I’m a mean mummy, I quickly hid the box and had a look for myself, but I was nice enough to let Oli have one of the eggs.

Ok, it may have been the pinkish/purple egg but the toy inside of it was so much fun, seriously 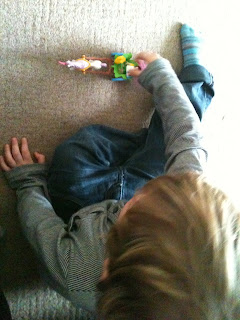 these days pink is the new blue for boys, and as to playing with a unicorn, he loved his little horsey as he called it. I was quite surprised at how many parts came with the character; we enjoyed building the carriage and accessorising the figure with his little hat and umbrella. As to the egg, the toy came in this itself can be used a play object, it has a little slot so children can use it as a money bank or simply as a little storage container to keep their little treasures safe. I think I can’t find our egg as Oli was last using it to put money into so I think he’s hidden it from us so that he can keep the pennies. Maybe he’s secretly saving up for another egg? Wouldn’t take many of his pennies as they are only £5.99 each which I think is a fantastic price for an Easter present when you consider that you’re getting a Playmobil toy which comes in an egg, I know I’m not alone in thinking that’s such a quirky idea.

Am quite excited about opening the rest of them with Oli and building them with him on Easter day, it’s great knowing that these will last a long time compared to his chocolate egg which I know will be consumed about 5 seconds after receiving it. 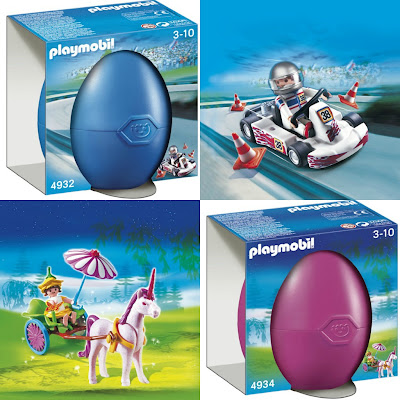 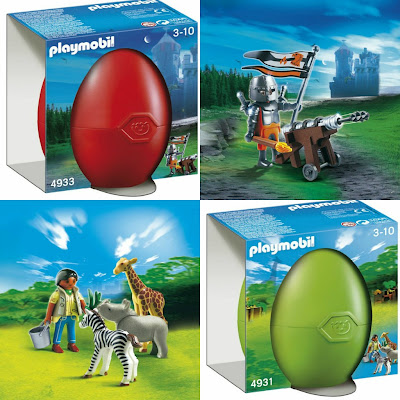