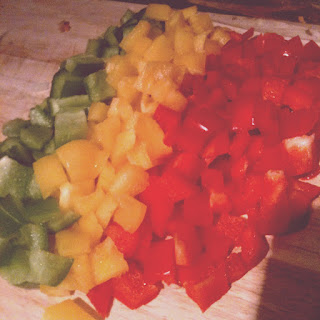 I thought the baby was easing me back into eating gently after that non-stop sickness by making me consume nothing but salad and fruit. But several weeks later I’m still eating salad and fruit by the bucket load. Again total opposite pregnancy to the first, by now with Oli I was consuming spicy food like it was going out of fashion. I couldn’t get enough curries inside of me quick enough! This time I’m not really feeling the spicy food, the baby would much rather have me chomping on a good pasta salad followed by an apple or two. Yeah, Oli had me reaching for the cola hubba bubba whereas this one wants me to eat apple after apple, after apple. I won’t want to see another apple for a lifetime once this pregnancy is over. 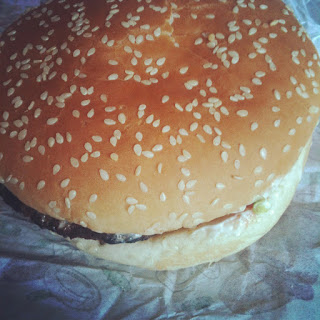 Have been eating some fatty stuff though, just the other night we had a McDonalds as we had been out and couldn’t be bothered to cook. It went within minutes as most food has been lately, but I had nothing but guilt because it wasn’t a salad of any sort. Lesson learnt, will stick to Burger King in future – they always load it up with salad.

On the exercise front, though I and bump have not done much, we put all our energy into playing with its big brother and into work, so that pretty much is our exercise at the moment. When I pull my finger out, I will hunt down a decent maternity swimming cossie and go to a full aquanatal sessions. Once I’m more settled in the house and know my left from right, I’m going to have a go at some pregnancy yoga. I was sent some videos, and I have a couple of yoga DVDs from my previous pregnancy, still in the wrapper, so that says just how active I was with Oli.

I’m a bit of a novice with this salad lark, have been buying prepared salads but this is all adds up. Feel free to send any yummy salad recipes my way. I’m even eating salad cream, and I never used to like the stuff before I was pregnant. Let’s hope baby continues to want to eat fruit and veg like a fruit loop when it’s older.