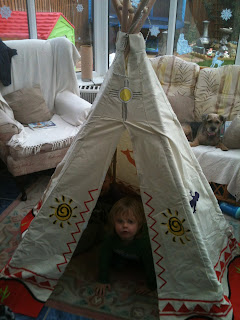 The guys at Garden Games sent us the ultimate children’s play tent to try out, I say play tent, but it’s a Kids Wigwam. A proper little Wigwam for children. I don’t know who was squealing more with excitement as the Wigwam was being put together, the boy or me! Can’t help but to imagine games of Indians and other imaginative games being played with it. It’s a great alternative to the usual play tents you can buy.

As you can see from the photos, we set our Wigwam up indoors as it was a little-wet outside and we thought it would be just as much fun to watch TV from the comfort of the Wigwam. Oli and his friend thought it was brilliant having a little space of their own under this tent. The Wigwam has Velcro fastenings allowing them to hide away when they wish. 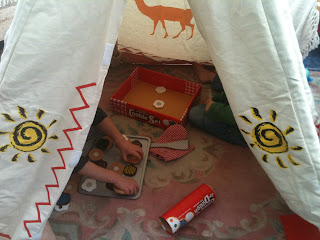 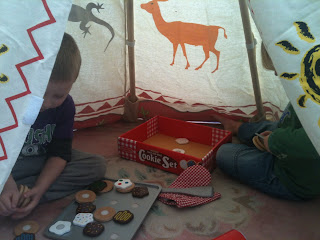 Putting the Wigwam together took all together just under 15 minutes, we found easier putting it together with two of us because of the poles. The instructions we followed on the side of the box were clear and enabled us to put the Wigwam up without any problems. It’s made out of a material which is sturdy and can withstand any toddler tantrum they may throw. As you can see from the photos the poles slot in making it safe and stable. It would make a great Christmas present for the child in your life.