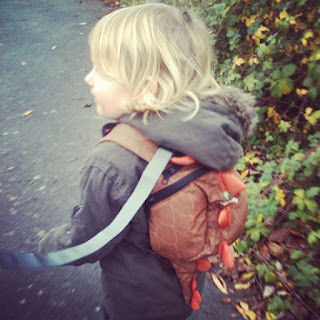 We are at that stage now where we go out without the pram, walks to the park or the shop is only a short distance so easy enough for Oli to walk to them. Being the terrible toddler he is at times, he likes to do his own thing, and this includes walking off or screaming because he doesn’t want to hold our hands.

LittleLife sent us one of their new toddler daysacks to try out. They have added a giraffe daysack and clown fish daysack to the daysack collection; we chose the dinosaur daysack which has just been added to the new range.

I was a little worried at how Oli would react to having the bag put on him, one of the reasons we ditched his last reins was that he did not like having them put over his head anymore and put up a fight with them. We had no problem with persuading him to put the bag on his back and strapping it around the front. It was easy to adjust to the right size, even over his thick winter coat. The reins 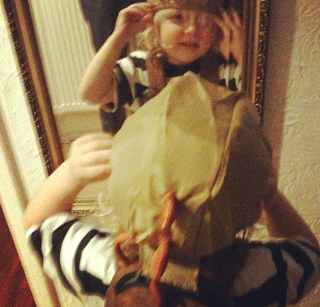 part just attaches to a little handle and is a decent size for us to be close enough but still give us both enough space to walk. The actual bag itself is a great design, very cute with that dinosaur tail which runs down his back and it certainly got lots of attention at the park. Especially as Oli refused to take it off, which was ok as the reins easily come off allowing it to be just a bag. He more than enough room to carry a couple of drinks and snacks.

Hidden in a little compartment at the top of the daysack is a little waterproof hood which opened out is a dinosaur hood. Extremely cool, makes this bag even more exciting and practical as maybe this is one hood he’ll keep up when it’s raining.

The day I took photos of him wearing the bag on the way to the park, his friend joined him with some reins of his own. These reins were wrist reins which went around his wrist, we compared the both, and we all admitted that the dinosaur daysack was a much better choice. The reins on the dinosaur daysack were much less intrusive and were comfortable for Oli to wear. He had full use of his hands, and he got his independence while we had our control over him. The dinosaur daysack and reins have helped to sort out our little walking problem.