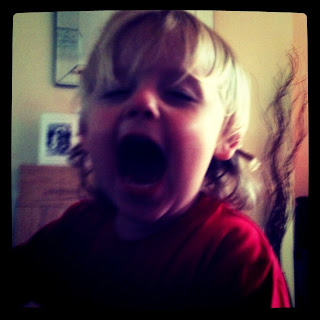 I didn’t even do it on purpose; it just came about by accident. Well not for Oli it didn’t, but for us it did. Only the other week I tried putting him on the potty at home but got nowhere with it, everything I tried from the taking off the nappy to sitting on it myself (I didn’t use it, honest!) to let him see even Mummy can sit on, but we didn’t get anywhere. We also put it down to a lack of communication on Oli’s behalf, we’re still battling with words and were nowhere near getting him to understand ‘potty’ and what the potty is for.

That was until this weekend when Oli spent a few days with a friend (who’s almost 3) at somebody else’s house. We were trying to get his friend to rub off on him with the talking, especially as Oli likes to copy everything he does and follows him around like a lost puppy everywhere. I didn’t think about him copying his toilet habits. Sunday evening sat at the table with the whole family I excused myself to the bathroom, and as he does with anywhere I go, he followed. One of my ways of hoping Oli would get used to toilet training was letting him come in with me, now the Mr finds this a strange way, but I thought it to be a good idea. After all, if Mummy does then must be good enough for him to try? But seriously is that strange. Do I have logic in my thinking? 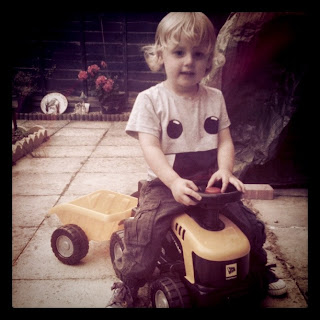 He pointed his eyes towards the potty and started to pull his trousers down. I helped him take his nappy down, and he sat down on the potty and weed. I don’t think I’ve ever been SO excited about something so ‘wee’ like before. I opened the door to announce to the rest of the family and Daddy that Oli was peeing on the potty. I spent the whole evening just beaming because it was so unexpected and was showing me that my little boy is growing up. 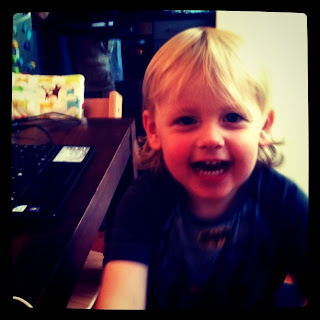 him sit on the potty for another wee. Woop. Sadly since coming home, we’ve not had another potty wee, but we think this might because he’s afraid of his potty, so we will be purchasing him one the same as his cousins to see if that helps. I do think I’m in for a difficult time though because of the lack of communication, but then maybe it might not be. Guess we’ll just have to see. I’m going to continue with trying to get him use to reusable nappies (blog post coming soon!) which we’ve introduced to help cut down on nappy costs.

Seriously, any potty training advice is gladly appreciated and needed! Did anyone else have a potty training child before they started talking and how did you get past that barrier?