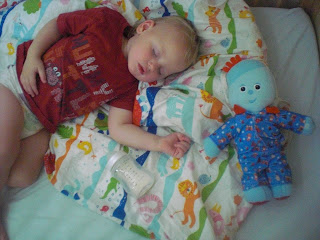 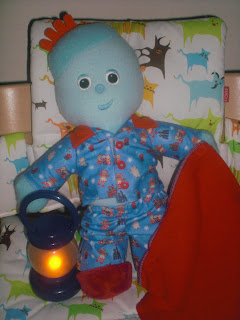 Oli got sent a Goodnight Iggle Piggle to review a couple of weeks ago, and he’s still taking it pretty much everywhere with him. When I first saw in the box, I wasn’t quite sure it would be ‘fun’ enough for my toddler. He’s not a In The Night Garden fan, so we didn’t think he would express the same excitement as a big fan, but this didn’t bother him at all. I suppose he’s at the age still where the make doesn’t matter as long as he can have ‘fun’ with it.

Goodnight Iggle Piggle comes with a storybook, a working lantern and slippers and PJ’s which can be removed. The working lantern requires 2 x AA batteries which are already included. This is a bonus in our eyes, means that it was ready to work as soon as it came out of the box. 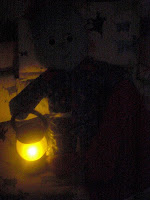 The working lantern has to be both mine & Oli’s favourite feature; it’s safe to touch and to activate you just have to press a button which was simple enough me one year old to do. We had lots of fun switching off the lights and trying to find Iggle Piggle in the dark.

We’ve used it in different scenarios like at bedtime when it’s time to get undressed, we’ve shown him Iggle Piggle getting his PJ’s on. We’ve also shown him that Iggle Piggle gets tucked into bed just he does. He’s still a little young to understand this, but he finds it fascinating to see something doing the same as him. 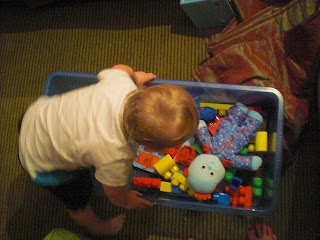 Iggle Piggle is a fantastic size for someone of Oli’s height and age. He isn’t heavy and is soft to touch which is ideal when your child wants to take it to bed with them.

Iggle Piggle’s slippers are currently missing, so we will be playing ‘hunt the slipper’ later on today. Goodnight Iggle Piggle provides lots of fun and many ways to playing with it.