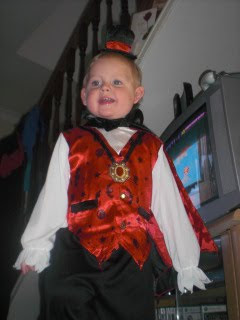 The lovely Clothing At Tesco’s team invited us to a Halloween party to celebrate the launch of this years Tesco’s Halloween range and preview the brand new Pixar short film that was made exclusively for Tesco – Monsters vs Aliens: Mutant Pumpkins From Outer Space.

As it was in the evening and in London, Oli skipped this one and stayed at home with Daddy. He didn’t miss out completely; he was kindly given a costume from Tesco’s Halloween clothing range which he is modelling here.

I was kidnapped adopted by Pippa from A Mother’s Ramblings and her family for the night as I was on my own. I had lots of fun with Top Ender & Baby Boy drawing and carving out pumpkins as well as messing around with our food (but we won’t tell Mummy that!) 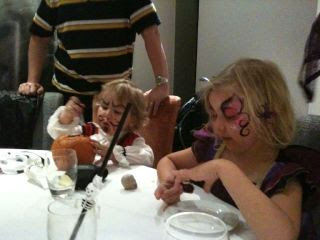 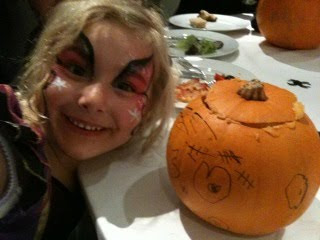 We were joined by a few other blogging families – NixdMinx, The Bottom of the Ironing Basket, Family Affairs & Other Matters, Four Down Mum to Go, Mummy’s Busy World and Mellow Mummy. 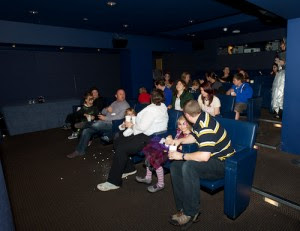 Here we all are in the cinema about to watch the Tesco exclusive film Monsters vs Aliens: Mutant Pumpkins From Outer Space.

I thoroughly enjoyed the film from start to beginning. It was both funny and entertaining. For me hearing, Hugh Laurie as the voice of the cockroach was the highlight (BIG Hugh fan!). Hugh Laurie isn’t the only celebrity voice in the film, Reese Witherspoon and Seth Rogan also lend their voices. 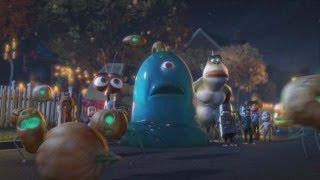 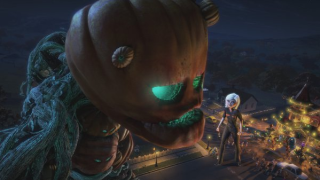 What kind of Halloween outfits would you like to see Tesco’s stock next year?